Todays Bet Of The Day With High Quality Analysis

By Geofferykoech (self meida writer) | 24 days

To reach the final of the Italian Cup, Atalanta first logically dominated Cagliari 3-1 before having to work to eliminate 2 top names in the quarter and semi-final. Indeed, the Bergamo-based team defeated Lazio 3-2 and Napoli 0-0 away draw and a 3-1 home victory. 3rd in Serie A in the previous 2 years, Gian Piero Gasperini's men confirm once again this season and occupy, with 1 day remaining, 2nd place in the standings.

With 3 units ahead and direct confrontations in their favor on the 5th, they are already qualified for the next Champions League. In full confidence, Atalanta has not lost any of its last 11 league games 9 wins and 2 draws and remains on a success acquired on the lawn of Genoa last weekend 3-4. Juventus initially struggled to get rid of Cagliari 3-2 after extra time before easily taking SPAL's measure in the 4-0 quarter.

In the semifinals, the Old Lady achieved her best performance, beating Inter win 1-2 away and draw 0-0 at home. Dominators on the national scene for 9 years, the Bianconeri have fared less well this season for the 1st on the bench of Andrea Pirlo.

They are currently 5th in Serie A and concede a small point behind the Top 4. Juve will thus have to win their last match and hope that Napoli against Hellas or AC Milan at Atalanta do not win next Sunday. Last weekend, Cristiano Ronaldo's partners got the job done by beating Inter 3-2 at home.

For this Italian Cup final, the Atalanta coach is only deprived of a substitute midfielder Kovalenko, who is injured. Uncertain last weekend, the defender Toloi and the top scorer Muriel both played and therefore logically apply for a starting place this Wednesday.

The attacking duo could consist of Colombians Muriel (22 goals and 8 assists in the league) and Zapata (15 goals and 9 assists). Juventus must deal with the suspension of the important midfielder Bentancur, sent off against Inter on Last weekend. Irregular this season, the French international Rabiot finished the season very well.

After being decisive against Sassuolo (1 goal and 1 assist), he still had his advantage in the game against Inter last weekend. In the absence of Bentancur, he could be associated with McKennie in the midfield. Despite his 36 springs, Cristiano Ronaldo is Serie A's top scorer with 29 goals and has scored 4 goals in the last 4 days.

Somewhat incredibly, 19 of the previous 20 Coppa Italia fixtures involving Atalanta have seen the net bulge at both ends, and this includes a run﻿ of ten consecutive home matches in which this has been the case. Although Juventus cannot compete with these numbers, it should still be pointed out that they have both scored and conceded in ten of their last 13 away games. 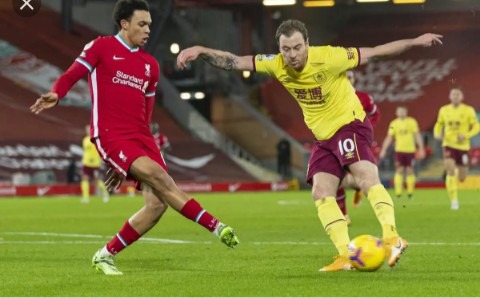 How long can I get pregnant After my period?

All Details About Christian Eriksen, Lukaku And Football Family

Cartoon Comedian and Crazy Kenner's 'Mapenzi Ya 30' Is Finally Here.

Check Out Famous Actors Who Featured In Adult Movies

Super Sunday's Seven(7) Sure-Bets With Enhanced Odds, Under And Over 2.5 Goals