Thursday Sure Tips With GG, Over 3.5 and Correct Score Tips To Place on and Earn Cash

By GerryTips.com (self meida writer) | 29 days

This match is quite difficult to predict since both teams are playing poorly at the moment and their chance of getting out of Group D of the Copa Sudamericana are slim to none. Still, Aucas is the home team and they will be looking for revenge after losing to Metropolitanos in the first game in the group. So, our prediction is for Aucas to win this game.

We have seen five goals in the first duel between these teams in Group D of the Copa Sudamericana, so there’s no reason we can’t see a few goals in the rematch. Both teams have gone over 2.5 total goals in two of their four matches in this competition, but Metropolitanos has also done this in all three games in the Venezuelan league. Meanwhile, Aucas is averaging 3.92 goals per game in the Ecuadorian league, so over 2.5 total goals on this match sounds like a smart bet. 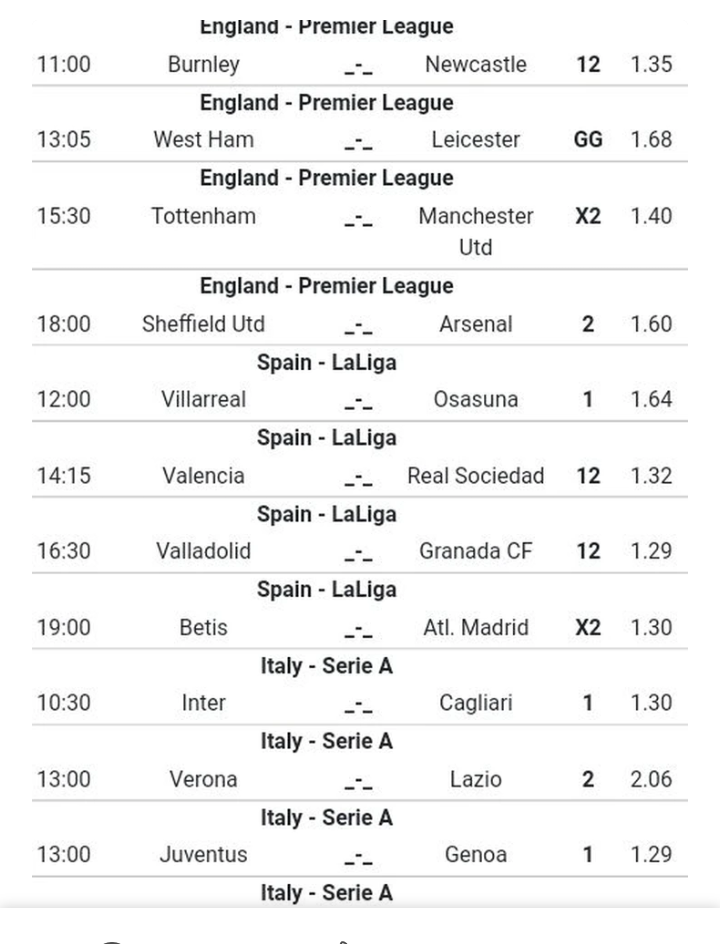 Dundee play host to Kilmarnock in the Premiership relegation final, first leg on Thursday evening. Dundee aim to return to the Scottish top flight following a two-year absence, and I am positive that they will leave their hearts on the field. They are eyeing their first win over Kilmarnock since May 2017, but they will have a mountain to climb in Thursday’s clash.

The visitors, on the other hand, did well to avoid automatic relegation. Kilmarnock head into the match following a 2-0 win over Hamilton, and seeing that they have been showing signs of improvement of late, share of spoils is on the cards here.

Well Analysed Friday Matches That Will Win You Big