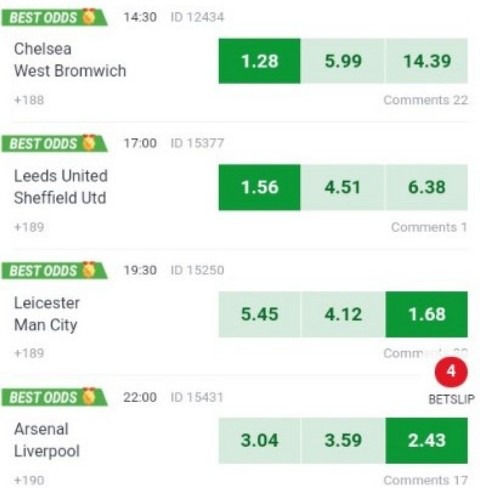 Leeds United have failed to score in three of their last four matches.

Sheffield United have failed to score in six of their last seven matches.

Sheffield United have no goal in their last five away matches.

Sheffield United have one win in 14 away league matches.

Six of Arsenal’s last 10 league matches have yielded over 2.5 goals.

Three of Liverpool’s last five away league matches have produced over 2.5 goals.

Arsenal have scored twice or more in three of their last five home league matches.

Liverpool have four wins in the last five away matches in the league.

Both sides have scored in five of Arsenal’s last six league matches.

Manchester City have four straight wins ahead of this game.

Leicester City have three straight wins ahead of this game.

Manchester City have eight straight away wins in the league.

Manchester City have 25 wins in their last 26 matches.