By @vicAnalyst (self media writer) | 1 year ago

Few people expected Aarhus to be battling against relegation, but that is the reality facing a team that has suffered ten defeats in 11 games recently, not to mention the fact that they have triumphed only once at home all season. For their part, title-chasing Brondby have recorded seven victories in their most recent ten Superliga matches.

Prediction: Brondby to win HT/Ft and both teams to score

Ashdod have struggled hugely on their travels since returning to the Ligat ha'Al, collecting just one point from a possible 17 and being outscored by 12 goals to three. As for Maccabi Haifa, they have recorded 12 victories in their most recent 17 top-flight home games, so they will be confident of cashing in against their out-of-form opponents.

Nijmegen are one of four teams in with a genuine chance of landing the Eredivisie title, with their cause being significantly aided by a run of seven consecutive victories, including at fierce rivals last time out. Roda, on the other hand, have suffered four defeats in five Eredivisie trips recently, losing three times along the way.

Prediction: Njimegen to win HT/Ft and both teams to score 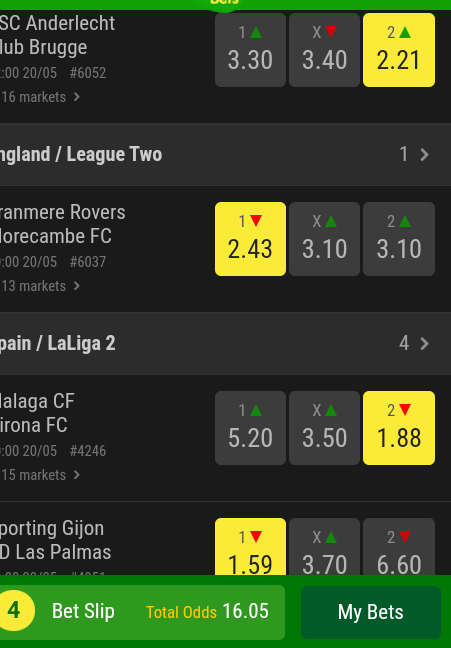