Both games in the UCL Group stage were very tight for Chelsea. In the first round Thomas Tuchel's team beat Zenit 1:0 at home. Then reigning champions couldn’t show their best game in Turin against Juventus - loss 0:1. Currently Chelsea are sitting in second place in Group H with 3 points. Things are going amazingly well for Chelsea in the EPL. Last weekend Chelsea came over Brentford 1:0 and saved their first place in the domestic championship table.

Malmo was really struggling in both matches in the UCL Group stage. Firstly the Swedish club failed to give a fight against Juventus - 0:3. Then Malmo had an even worse game in Saint-Petersburg - 0:4 loss to Zenit. Sky Blues were able to get back to winning way in the Allsvenskan. Last weekend Malmo scored three goals against Ostersunds and finally made a clean sheet. Malmo are leading in the Allsvenskan table with 44 points. 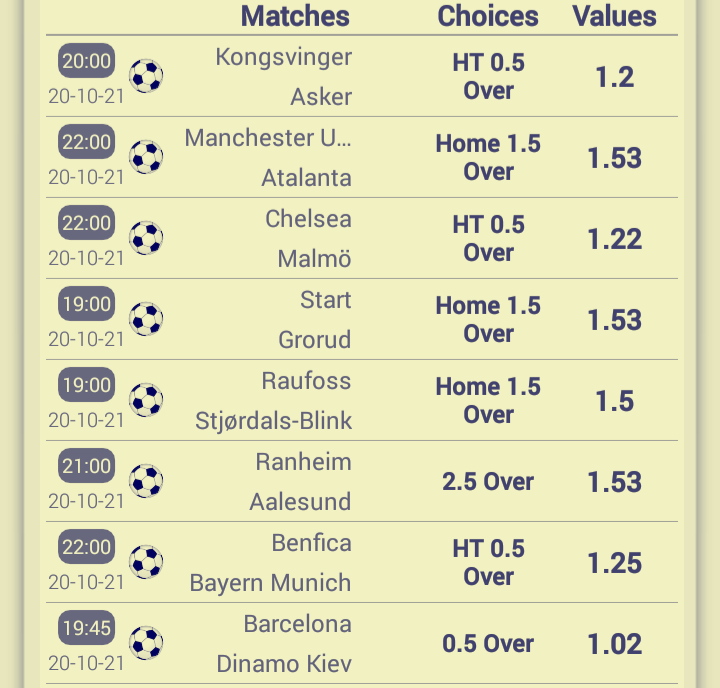 Man United’s first performance became a real tragedy. Cristiano Ronaldo scored in his first UCL game after the return to Manchester United. Then the Red Devils were down to 10 men - Wan-Bissaka was shown a red card. Young Boys were able to equalize the score and to grab a win in the last seconds after an awful mistake by Lingard. Anyway, Mancunians registered their first victory at home ground over Villarreal in the second round - 2:1. Ole Gunnar Solskjaer's team disappointed the fans in the first match after an international break - losing to Leicester City 2:4.

Atalanta started their European campaign with an away draw with Villarreal - 2:2. In the second round of UCL Group stage Gian Piero Gasperini's team showed a good game and came over Young Boys - 1:0. Last weekend Bergamo’s side crushed Empoli in an away game - 4:1. By the way this was Atalanta’s fourth win in the last six matches in all competitions.

After the match against Barcelona, the Portuguese eagles played two matches on the domestic scene. First, the Lisbon side lost 0-1 to Portimonense in the domestic league. And after the international break, the Eagles easily knocked Trofense out of the Portuguese Cup. Benfica had to play extra time to beat their opponents. Frankly, such results make you wonder whether the Eagles have any chance against the German machine. Before the start of the third round, Benfica are second in Group E of the Champions League.

Before the international break, Bayern also lost at home to Eintracht 1-2. But, frankly, this result was largely perceived as an accident that can happen to anyone. Bayern outplayed their opponents in that match, overpowering the ball, but the club from Frankfurt was lucky in defense and attack: three shots on target and two goals. However, in the first game after the break, Bayern showed what they were capable of. The Reds had already scored five goals in the first half against Bayer, their direct rival and neighbour in the standings. The encounter ended with a score of 5-1 in favour of the Reds.