By Sheilakangoko (self media writer) | 5 months ago

Having picked up a 4-0 victory over Lithuania on Tuesday, Spain head into Euro 2020 on an eight-match unbeaten streak.

During that period, the Spaniards claimed a memorable 6-0 win over Germany, as well as a goalless draw with Portugal – the reigning European champions.

Since the turn of the year, Luis Enrique’s side have scored ten goals in five matches – averaging two goals per game.

On top of that, Spain come into the European Championship having kept a clean sheet in each of their previous two outings.

Looking at the bigger picture, Enrique’s men have only lost three of their last 37 games in all competitions.

Let’s not forget that Spain won back-to-back European Championships in 2008 and 2012 and also won the 2010 World Cup in that time.

However, they only managed to reach the last 16 at Euro 2016 – losing 2-0 to Italy in the first knockout round.

On the flip side, the Swedes are enjoying a hugely impressive run of five straight victories at the moment.

Granted, they haven’t faced any overly testing opponents this year. But they have still managed to get the job done.

Having beaten Croatia in the Nations League back in November 2020, Sweden have lost just one of their previous seven outings in all competitions.

When it comes to the European Championship, the Swedes have produced four straight matches in which under 2.5 goals were scored.

Sweden have qualified for each of the last five Euros but have only managed to get out of their group on one occasion.

Head-to-head: Spain and Sweden have faced each other 14 times over the years. Spain have claimed six wins, while Sweden have only won three meetings (five draws).

In fact, the Spaniards haven’t lost to Sweden since 2006. Since then, Spain have recorded three wins and one draw.

Sweden will be without iconic striker Zlatan Ibrahimovic after the 39-year-old picked up a pre-tournament injury.

When you look at the recent record between these two sides, Spain are expected to get the better of Sweden.

Forebet predicts that Spain will keep a third straight clean sheet on their way to defeating the Swedes on Monday. 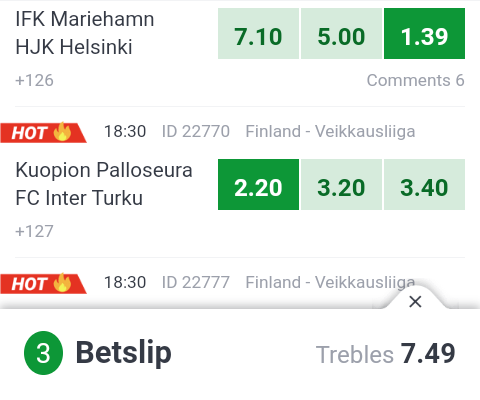 Content created and supplied by: Sheilakangoko (via Opera News )