Nine(9) Must Win Multibets With GG, Over 2.5And Enhanced Odds For Your Weekend's High Returns.

By SirRodgers,theBlogger. (self meida writer) | 13 days

The hosts will be looking to return to winning ways following their last league defeat by Leicester city.They have won five matches between themselves,the visitors having won three matches.

Intermillan have always been the better side whenever the two teams meet in the league.They occupy top spot in the Italian Serie A and will be hoping to win this title.I see Intermillan winning this match.

The English premier league resumes today after two week international break and the top two teams come up against each other.The citizens have won nine of their last eleven league matches and the hosts have won six of their last eight matches captained by Jamie Vardy.

Prediction:Both teams to score with over 1.5goals.

The hosts have won 6 matches out of 10 matches between themselves,the visitors having won just two matches with two draws being realised. 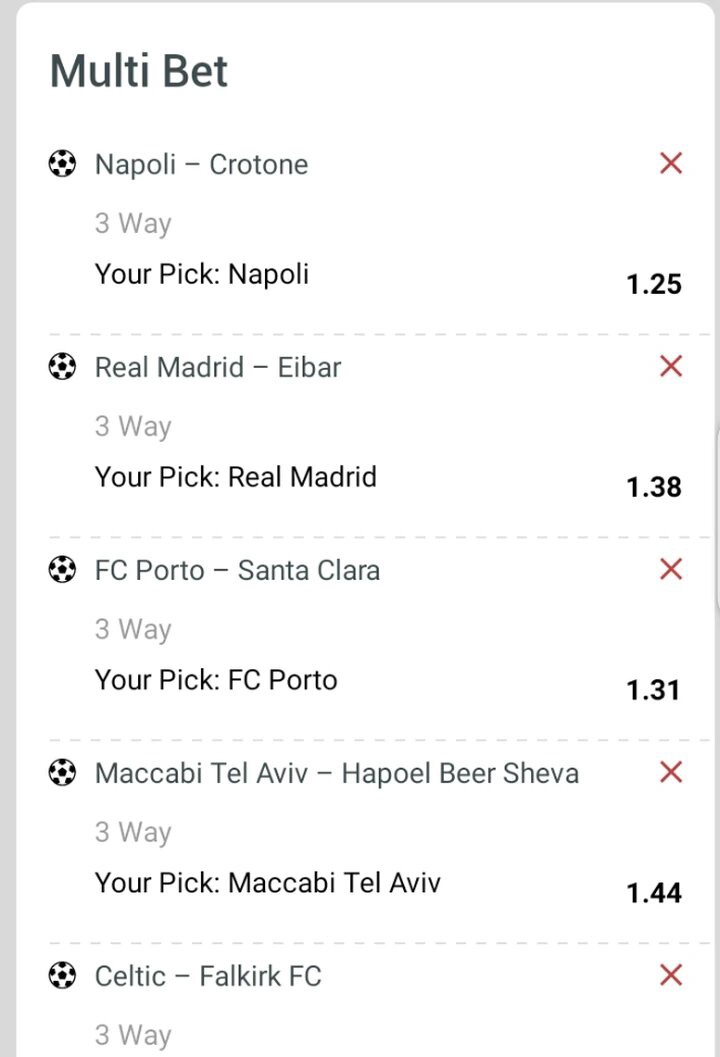