6 Sure Late Night England League One Matches With Boosted Odds

By LamartheTipster (self meida writer) | 1 months 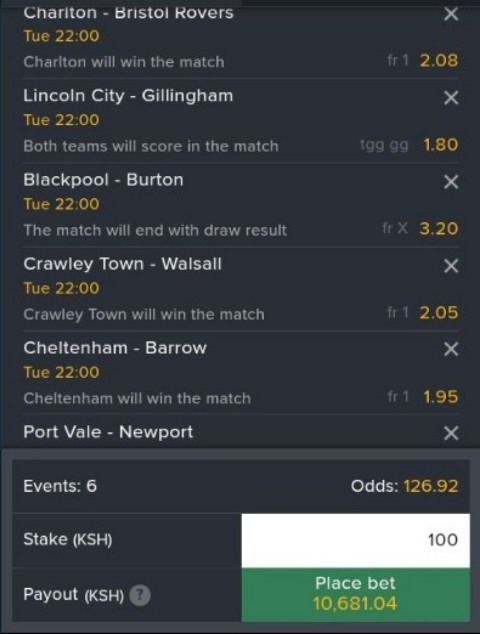 Lincoln have scored in their last 5 home matches.

Burron have won their last 6 matches.

Burton have scored in each of their last 6 away matches.

Walsall have won the previous 3 matches against Crawley.

Crawley have scored in their last 4 home matches.

Benefits of Eating Beetroots During Pregnancy

'I'm So Jealous Because Of The Way Taji Loves His Dad More Than Me.' Milly Wajesus Laments.

Milly Reveals The Reason Why She is Currently Slaying In Matutas

Ministry Of Education Break-In, One Arrested With Various Items Worth Thousands Of Shillings

How to Stay Young and Healthy in Everyday Life

Praying and Sharing Together as Family is Important To Your Prosperity

Be Aware, See Tricks Scammers Use To Withdrawal Money From Your Mobile Or Bank Accounts