Cologne have one more fighting chance to protect their Bundesliga status when they take on Holstein Kiel in the relegation/promotion playoff clash.

A final day victory over relegated Schalke 04 and an earlier draw with Hertha Berlin saved Cologne from dropping to the second tier right away. 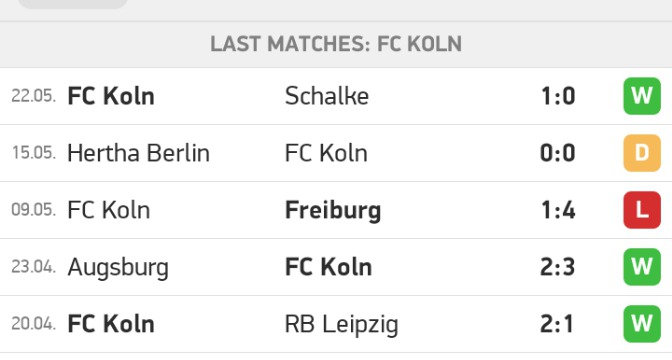 They finished the league with 33 points, three short of their tally in the previous season and take on Holstein Kiel who finished in the third position in Bundesliga 2 with 62 points. In general.

Cologne were strong finishers in the season, having registered three victories of their last five competitives, failing to score in just one but keeping clean sheets in their closing two matches.

The Bundesliga side has already suffered this season at the hands of a second tier side; Cologne lost (albeit on penalties) to Jahn Regensburg in the DFB Pokal after a 2-2 draw. In that game, Cologne let slip a 2-0 lead and paid the price; they will be hoping for a better performance here. 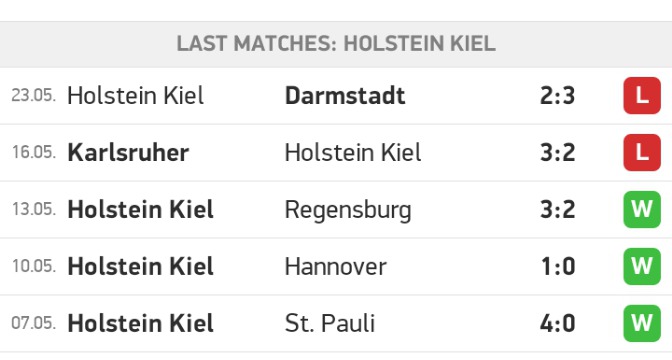 Two games stand between Holstein Kiel and Bundesliga and they will be hoping to repeat the heroics that saw them eliminate Bayern Munich in the DFB Pokal earlier in the season. This will be their third engagement with a top flight side this season; they failed 5-0 to Borussia Dortmund after their victory over Bayern Munich on post match penalties.

Getting to this match, Holstein Kiel will be hoping for better times than their finish in the regular season. They were defeated in their final two matches and it is these that cost them an automatic place in Bundesliga.

While they had the best defence in the second tier, Holstein Kiel did not have a very encouraging final. They have conceded at least two goals in each of their closing three competitions but credit to the team for scoring in each of their closing six matches. In their last seven away matches however, they’ve lost four and won just one. Go for home win.