By Punterherina (self media writer) | 2 years ago

Sturm Graz will be hoping for a repeat of their last result, following the 1-3 Bundesliga success against Red Bull Salzburg.

In their previous game, Wacker Innsbruck drew 1-1 in the Liga 2 match with Austria Klagenfurt.

Ballymena United will go into this clash following on from a 2-0 Premiership win with the downing of Warrenpoint Town in their previous outing. 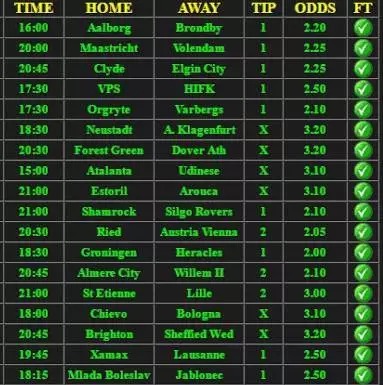 Linfield are hoping to win again following the 2-0 Premiership victory versus Glenavon.In their previous fixture, Glentoran drew 0-0 in the Premiership tie with Larne.