In the five games that Coritiba has participated in, they have lost four, tied one, and won none of them.

In the last five games, Coritiba has only had two games with both teams scoring and three games with neither team scoring.

Coritiba has scored under 2.5 goals three times in the last five games, and over 2.5 goals twice, according to the Over Under 2.5 market.

Coritiba has scored 3 goals and allowed 11 goals in their last five games combined. 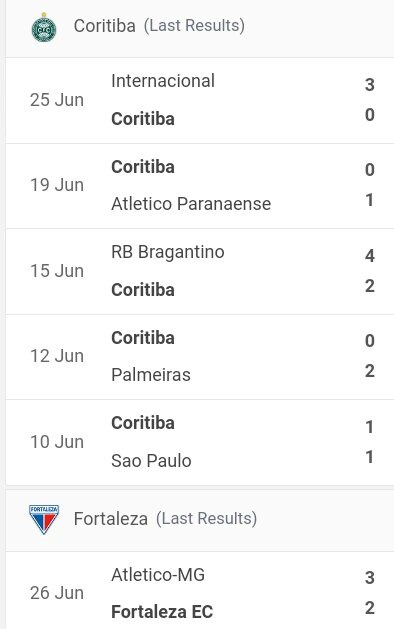 In their previous five games, Fortaleza had lost two, drew one, and lost two. 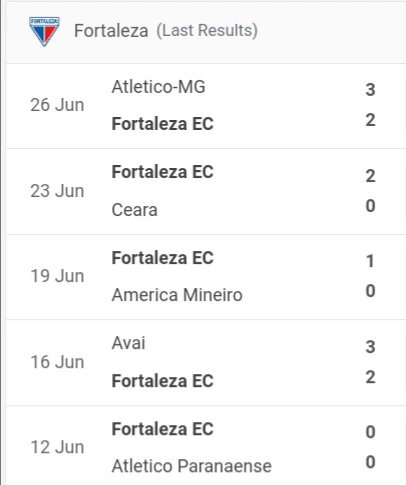 In the last five games, Fortaleza has experienced two matches with both sides scoring and three games with neither team scoring.

Fortaleza has scored 7 goals while surrendering 6 in its last five games. 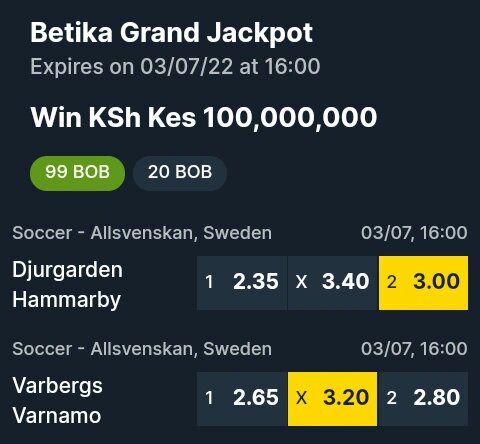 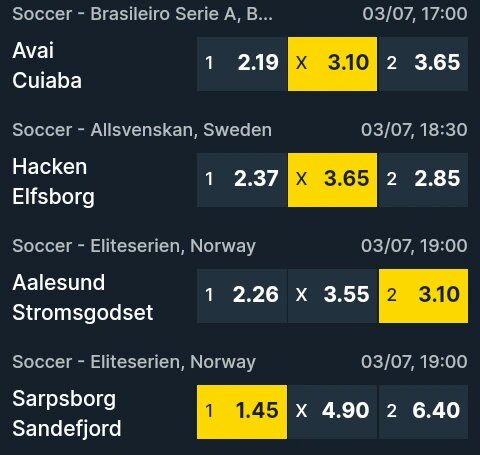 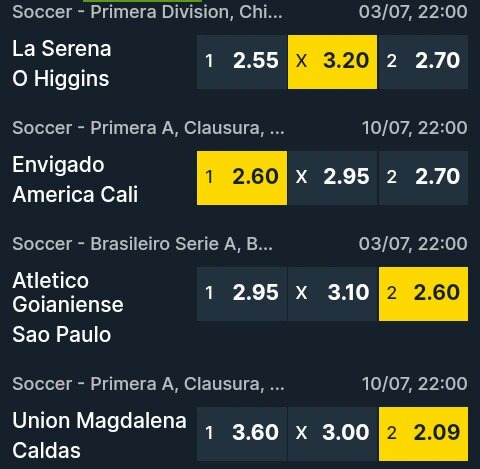 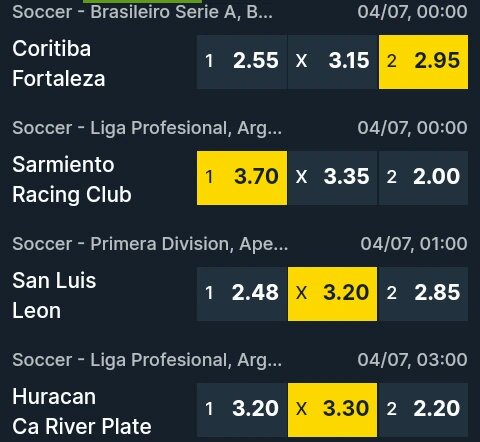 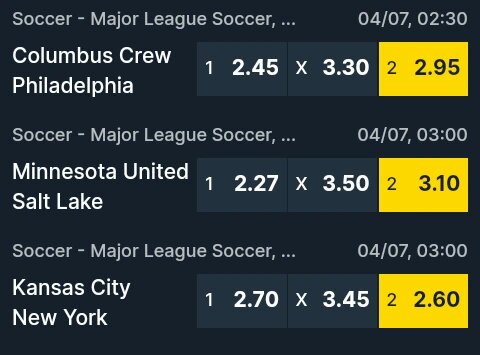