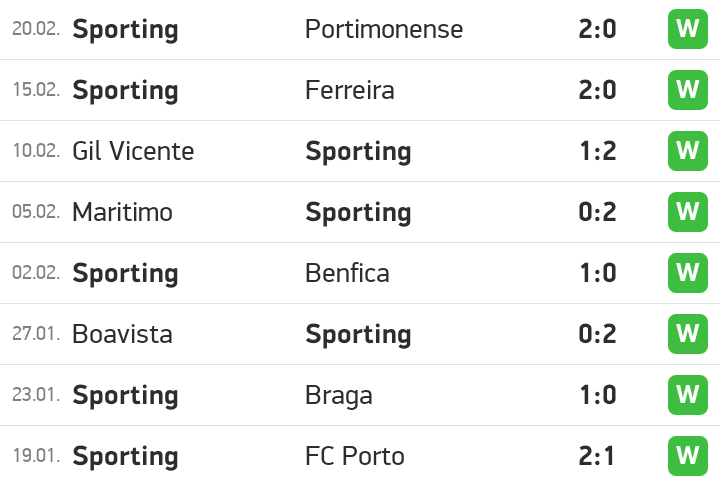 The Lions are on course to secure another league title, and by the looks of things, they might go the whole campaign without facing a single defeat. They are at the top of the table with a lead of nine points, and barring four draws, they have won all of their fixtures till now.

They have scored the second most number of goals so far, and have conceded the least. They are also at home this Friday, and have been almost unplayable here for the past several months.

Meanwhile, the Azoreans are going through an inconsistent run, and are struggling to get into the top-six. They are also conceding goals in plenty, and most importantly, they have a worrying h2h record against this rival over the years.

The Lions were unbeaten in 25 of their preceding 26 overall fixtures, and they had also won 20 of their former 24 matches. They have also lost just once at home since February of 2020, and this defeat had come in the Europa League.

On the other hand, their counterparts were winless in nine of their past fourteen overall matches, and they have won just thrice on the road from their last eight attempts.

For the reasons, expect Sporting to post another three points on the board this weekend.

Reactions as Oparanya Hints Possibility of Working with William Ruto