Melbourne Victory have recorded seven points after playing six competitions. They have two wins and one draw. The rest of the matches have been defeated. Melbourne are standing in position eleven and have conceded a total of thirteen nettings against seven goals. Two of the six plays produced GG and over 2.5 goals.

The visitors Western United registered eight points( won two and drew two) in last six league matches. They are ahead of the hosts with one points ( number ten in the table). These teams have played against each other in four meetings. Western have won three games with both of them producing over 2.5 and GG. The last clash ended in a clean sheet draw. They have so far scored 12 goals and conceded 10 nettings. We have Predicted a win and over 2.5 for Western United. Though GG can work but with a rating of 68%. 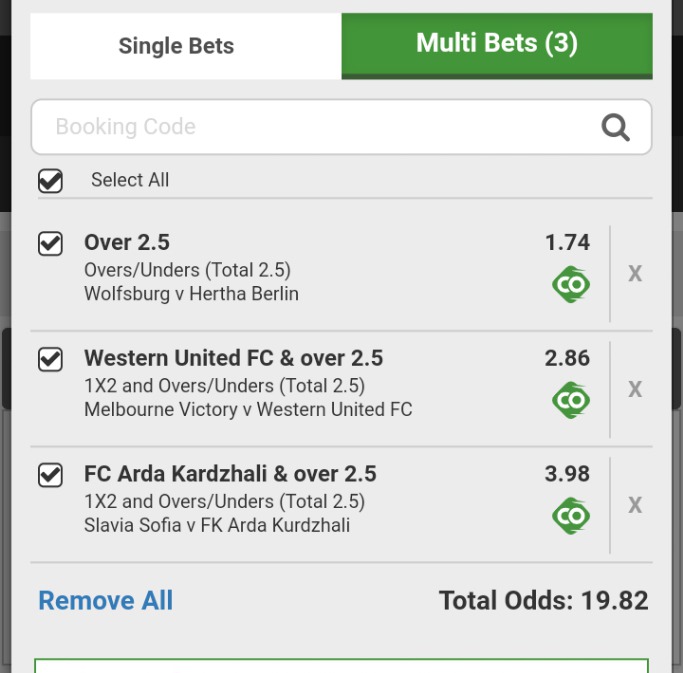 Slavia Sofia have been beaten in the last eight games in series with the exception of the most recent one in which they managed to secure atleast one point. Four of the clashes ended in goal goal and more than three goals. This indicates that this side has both weak defense and striking. They are in the second last place of the table with 18 points. The worrying thing is that Slavia has already conceded 18 and scored eleven.

The visitors, Arda are in a fine form and can manage to walk away with three points from this soils. They are at position 4 with 35 points. As opposed to the hosts,the visitors have scored 28 nets and conceded 16. Arda have won three (L2) head to head matches all ending in over and GG. Our expert team has Predicted away win with over 2.5