By Sharonstone11 (self media writer) | 8 months ago 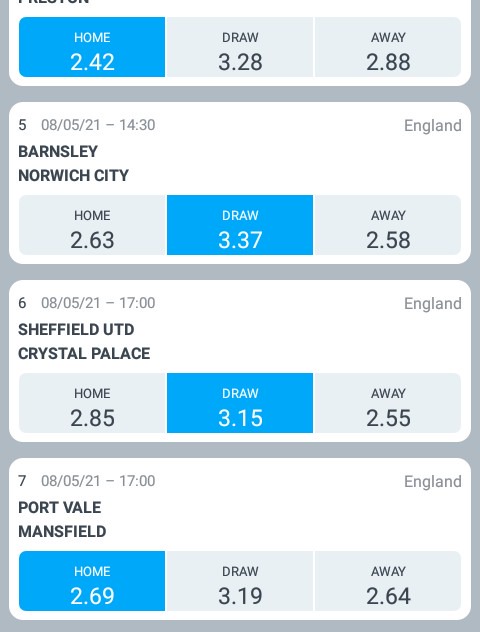 Cliftonville will be hoping for a better result following the 2-0 Premiership defeat last time out to Coleraine.

Paddy McLaughlin's Cliftonville have scored 12 times over their prior 6 outings. Conversely, the tally of goals that they have conceded in those same games amounts to 7.

Coming into this clash, Cliftonville are unbeaten in the league by Larne in their previous 2 matchesne

Larne come into this encounter following on from a 1-3 Premiership win over Crusaders in their last fixture.

Larne have seen success in front of goal in their most recent fixtures, having scored 14 times in their last 6 matches. This doesn’t mask the fact that Larne have had their own issues at the back, also conceding in 5 of those same outings.

Looking over their prior head to head meetings stretching back to 12/10/2019 shows that Cliftonville have won 3 of these and Larne 1, with the number of draws being 2.

A total of 8 goals were shared by the two clubs throughout the course of those matches, with 5 of them from The Reds and 3 belonging to Larne. That’s an average goals per game figure of 1.33.

The previous league fixture between the two was Premiership match day 25 on 20/03/2021 which finished with the scoreline of Larne 0-0 Cliftonville.

Cliftonville manager Paddy McLaughlin has no fitness worries whatsoever before this match thanks to a fully healthy group available to select from.

With a fully healthy group ready to go, Larne boss Tiernan Lynch has no fitness worries at all before this match.

In our opinion, Larne and Cliftonville should both be able to find the back of the net here although it’s difficult to select a clear winner.

A draw looks like a realistic possibility, but we’ll see what happens. We’re therefore seeing a 1-1 score when the full-time whistle blows.