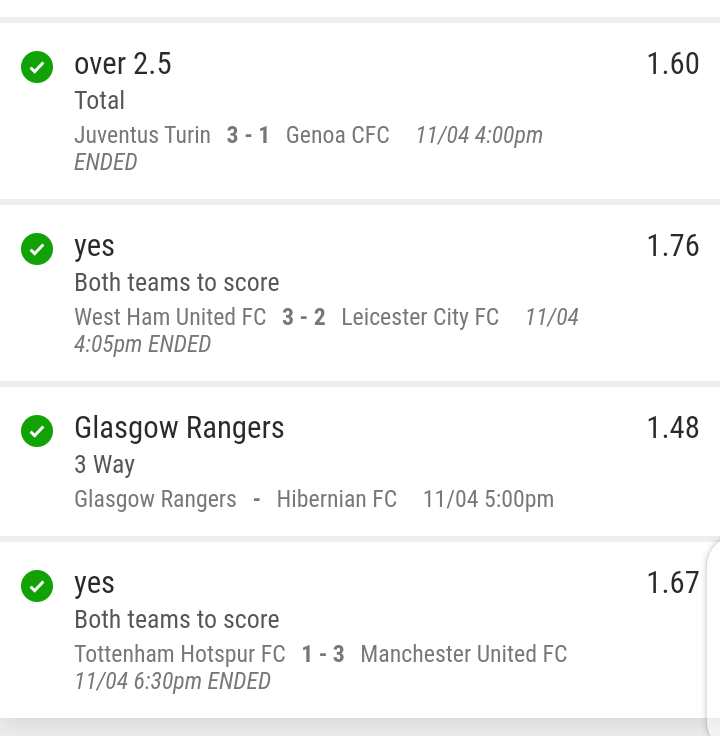 The kickoff is at 20:00 hours,the last time Southampton visited West Bromwich at away game it was at the FA Cup where Southampton won 2:1.West Bromwich won it's last match by defeating Chelsea 5:2 which was their biggest victory.This match will end with both team scoring and Southampton winning the match.

This is an England Premier League match playing at 22:00 hours where the away team is among the top teams in the EPL.Everton has better strikers who easily score the likes of Calvert Lewin who likes scoring.Everton will win the match.

This teams play in the Spain La Liga.The home team is tenth position with thirty seven points while away team is at fourth position with fifty eight points.Celta Vigo has been reluctant recently and this will be an advantage to the away team.Sevilla will win the match.

Super Multibet Prediction To Place on and Earn Cash This Saturday

Saturday Super VIP Tips To Place on With GG and Over 2.5 Picks

Magoha Reveals the Students Who Will Report to School on Monday; KCSE Results To be Announced Later