Today we have the following 5 Heavyweight fixtures to bet on both teams to score.

1)Roma Vs Lazio(Both teams to score)

Roma have seen both teams score in eight of their last 10 games in all competitions, and only Napoli have created more expected goals (xG) than the Giallorossi in Serie A this season. 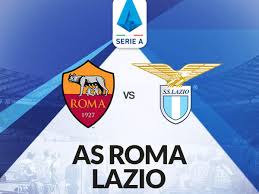 Meanwhile, Lazio’s record of 24 goals this term is only bettered by three Serie A sides, and they have seen both teams net in three of their last four games at the Stadio Olimpico.

2)Ajax Vs PSV(Both teams to score)

Each of the last five clashes between Ajax and PSV produced at least three goals and these two could rack up the goals based on their recent form. Over 3.5 goals has landed in six of Ajax’s last seven, while PSV have scored at least twice in six of their previous seven.

3) Tottenham Hotspur Vs Liverpool (Both teams to score)

Liverpool are yet to win an away league game this season and they could struggle to get off the mark against a Spurs side that have won all but one of their home league games so far.

4)Aston Villa Vs Manchester United (Both teams to score)

Aston Villa claimed four points against Manchester United last season, with those two meetings coming under two different managers. Neither of them will be on the touchline on Sunday, as Unai Emery makes his return to the Premier League.

5) Marseille Vs Lyon (Both teams to score)

This is an intriguing contest and one that many fans have been looking forward to. However, despite the hosts recent form, we think they can shift their focus and edge a match where both teams scoring looks likely.