By JephriceJohns (self meida writer) | 25 days

The Three Lions are one of the very best teams in the whole world, and have been so for the past several decades.

They are a constant contender to lift any major international title, and though they have not been able to do so in the recent past – it just has fired them even more now.

With a golden generation of talent once again at their disposal, the team is determined to bring some major silverware home. Note that they had gotten to the verge of glory two years back, as they made an appearance in the World Cup Semis. This Thursday, they start their preparations for the 2022 World Cup, and will want to do it in grand fashion.

And they do have the opportunity to do so as well – as they are pitted against the worst international team in existence. With a FIFA rank of 210, La Serenissima seriously have the right to be termed such.

And on that same note, it also deserves to be mentioned that their counterparts are currently ranked fourth in the world. Going on, as expected, the Three Lions also have a phenomenal h2h record against this rival over the years. Quite easily, anticipate a thumping win for England this Thursday at the Wembley Stadium. 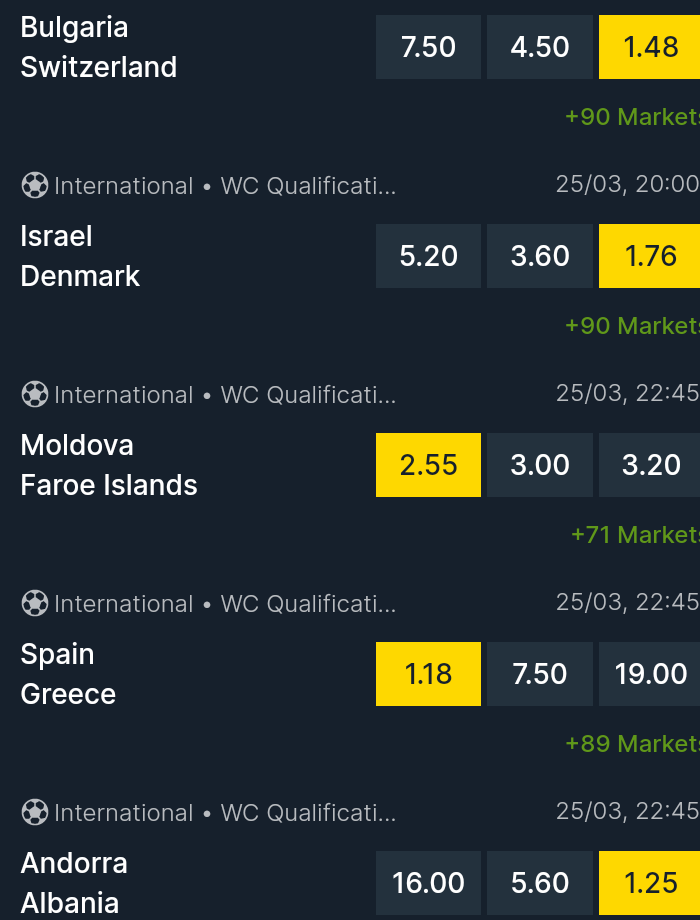 Gareth Southgate’s men have a 100% winning record against this foe. They have scored five or more goals in every single encounter till now. In return, they have not conceded a single goal since 1993. The combined scorecard for the past six meetings is 37-1, in favor of them. The combined scorecard for the last three clashes at home for Southgate’s men is, 16-0.

This is quite easily one of the most lopsided games in football history. The worst team in the game, is on the road, against one of the historical greats with a chip on their shoulder.

Franco Varella’s men have been abysmal over the years, that they are on a 50-match winless run, that stretches back to 2013. And embarrassingly, 47 of these were losses. Note that they had also conceded heavily all through these fixtures.

On the other hand, their counterparts were unbeaten in 20 of their last 23 overall games, and they had won 11 of their past 12 home appearances. In the process, they had also scored a total of 35 goals from their former 10 home matches.

If Liverpool Beats Leeds United, See Where Chelsea Will Drop to in the Premier League

Sure Bets of GG, Over 2.5 Goals, Correct Score (CS) VIP Bets that you are Assured of Winning Tonight

TUCHEL: I'm Here To Be In The Toughest Competitions