Arsenal have had a nightmare start to the new season and they drop into the second round of the Carabao Cup for the first time in years. The draw hasn’t been kind to them either, with West Brom looking sharp and capable of an upset.

The Baggies have 10 points after four games in the Championship, winning their last three. In that run they’ve scored nine goals, scoring at least twice in every game. That’s not a good sign for an Arsenal side who have lost their first two games 2-0.

The Gunners are missing a host of first-team stars, while they’re unlikely to risk their other starters given their lengthy list of absentees and considering they face Man City at the weekend.

Mikel Arteta needs to rescue their Premier League form and that may come at the expense of the Carabao Cup. West Brom have the chance to make a real statement here and I’m backing them to do just that. 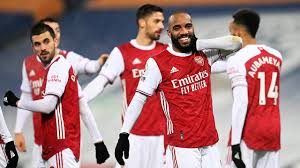 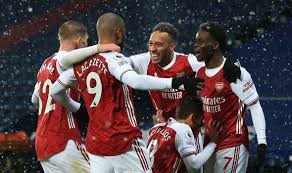 How The English Premier League Table Could Look By December 2021

Men: How To Stop Urine Dripping

Harmonize Announces Officially When His Album Will Be Released

Forget Expensive Cement, See The New And Cheap Material To Replace Cement That Is Being Tested