Friday's High-Notch Predictions With Classic Odds And Over 3.5Goals

Two out of form teams meet in Serie A on Friday evening as Sampdoria host Spezia at the Stade Luigi Ferraris.

Samp made a decent start to the season with five points from four games, despite coming up against both Milan clubs, but results have tailed off since and they have now lost three of their last four.

Spezia did end a three-game losing run with a home win over rock bottom Salernitana in their last outing but have lost five of their eight games so far and look set for a season of struggle.

Samp have just two points to show from four games in Genoa this season but that isn’t a bad return considering they’ve already faced Inter Milan, AC Milan and Napoli at home and the visit of Spezia does look a good chance for them to record a first home win of the season. 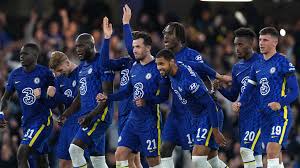