Carrick Rangers will be looking for an improved result here after a 1-2 Premiership loss in their previous game against Linfield.

For Carrick Rangers, the scorers were Tom Scully (3' Own goal) and Jordan Gibson (69'). Chris McKee (36') scored for Linfield.

Carrick Rangers haven’t had any problems with scoring, netting in one hundred percent of their last 6 matches.

They have totted up the amount of 11 during that period while seeing the number of goals scored against them stand at 14.

Portadown will go into this encounter following a 1-0 Premiership win with the eclipse of Warrenpoint Town in their previous game.

The only scorer from Portadown was Harry Anderson (56').

A tendency of at least one team not managing to score in games involving Portadown has become apparent in recent matches. Examining their last six outings shows that it has happened 5 times. In those clashes, opposing sides have managed a goal tally of 10 and Portadown have scored 2. That kind of pattern might not be carried forward into this game, however. 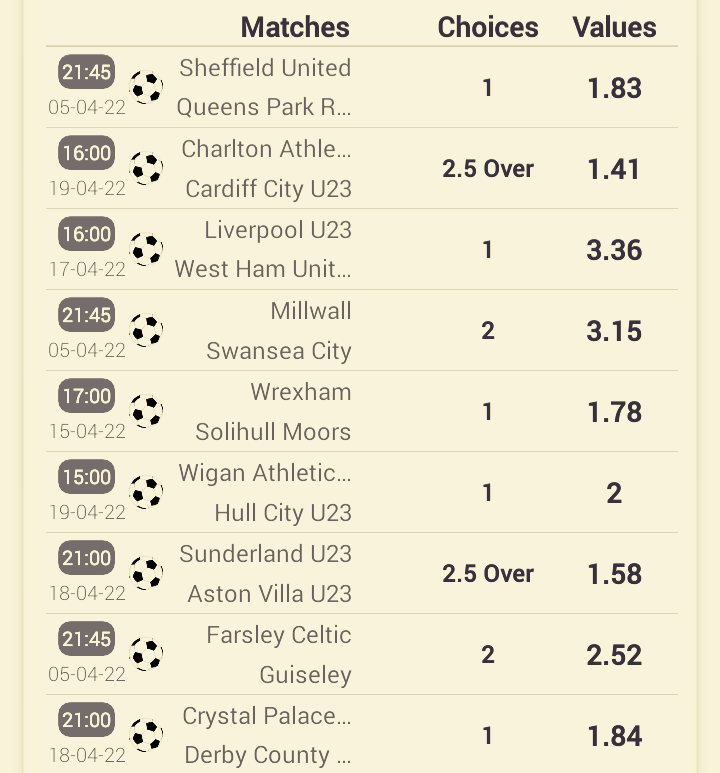 Crusaders will be looking for an improved result here following a 3-1 Premiership loss in their previous game against Cliftonville.

Stephen Baxter's Crusaders have hit the back of the net a sum total of 6 times over their past 6 outings. The comparative tally of goals that have been scored against them in those fixtures stands at 6.

In their last game, Coleraine drew 1-1 in the Premiership match with Larne.

The only name on the scoresheet from Coleraine was Matthew Shevlin (95'). Ben Doherty (71') scored for Larne.

Oran Kearney's Coleraine have seen their efforts on goal rewarded 9 times in the course of their previous six matches. The total of goals that they have conceded during the equivalent period equals 5.

Glentoran will want to continue from where they left off last time out with the 2-4 Premiership triumph versus Glenavon.

Glentoran haven’t been able to stop scoring goals, hitting the target every time they’ve gone out to play in their last 6 games.

They’ve hit an aggregate of 10 during that period and have conceded a total of 6. That kind of trend isn’t assured to be carried forward here, however.

Coming into this clash, Glentoran are unbeaten in their last 3 home league matches.

Cliftonville will come into the clash following a 3-1 Premiership win to beat Crusaders in their last match.

Over the course of their previous six outings, Cliftonville have bagged the sum of 13 goals. Cliftonville have also not failed to score on each one of those occasions. During that period, they have seen 7 goals go against them.

Going into this one, Cliftonville haven't been defeated in their previous 7 away league matches.