Two England Games With Good Predictions and Analysis with 25.6 Odds

Leyton Orient enter this game coming off the back of a 0-0 League Two drawn match versus Stevenage.

Leyton Orient have really struggled up front of late. Their ‘goals for’ figure stands at just 3 against opposing sides over the course of their previous 6 matches. In those games, The O's have also seen the number of goals that have gone against them come to 9. That trend isn’t assured to be carried forward into this next game, of course.Coming into this clash, Leyton Orient have left without a victory over Scunthorpe United in their last 3 league games. 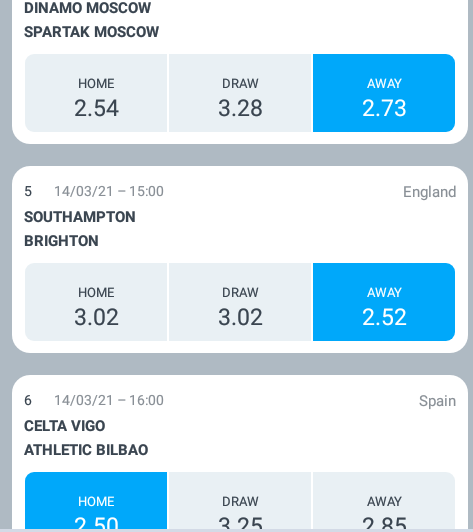 Following on from a losing effort in their last game against Exeter City in League Two competition, Scunthorpe United will be hoping to turn things around here. Matt Jay (11') and Jack Sparkes (89') scored for Exeter City.

The numbers tell their own story, and Scunthorpe United have been scored against in 5 of their last 6 games, letting opponents get 8 goals in all. At the back, The Irons seem to have a bit of a soft underbelly.

A look at their previous results shows us that Scunthorpe United haven't been defeated by Leyton Orient in away games against them for the last 8 league games. A highly impressive record on the road against them and are unbeaten in their last 2 league matches away from home.

Looking at their prior head-to-head meetings dating back to 15/12/2012 shows us that Leyton Orient have won 1 of these games and Scunthorpe United 5, with the number of draws standing at 0. A sum of 19 goals were produced between them in these games, with 5 for The O's and 14 created by The Irons. That is an average goals per game value of 3.17.

The last league clash featuring these sides was League Two match day 16 on 05/12/2020 which finished with the scoreline of Scunthorpe United 2-0 Leyton Orient.

Leyton Orient boss Jobi McAnuff has a full complement, with no fitness concerns to speak of ahead of this clash thanks to a fully healthy squad available to choose from.

Thanks to a largely healthy group of players, there is only the one fitness worry for the Scunthorpe United boss Neil Cox to be concerned about. Jordan Clarke (Knee Injury) misses out for this game.

Carlisle United prepare for this match after a 1-1 League Two drawn match vs Grimsby Town.

The only name on the scoresheet from Carlisle United was Offrande Zanzala (90'). Lenell John-Lewis (16') scored for Grimsby Town.

The Cumbrians have been conceding pretty frequently lately, although they have also managed to hit the back of the net themselves. Over their last 6 matches, The Cumbrians have seen their goal breached in 6 of them in addition to managing to get on the scoresheet in 6 of those matches.

Looking at their past form shows that Carlisle United have not been beaten in the league by Bradford City in their last 2 matches and are without a home win in the past 4 league games. Their supporters are understandably frustrated.

A succession of outstanding performances from the Bradford City defence has resulted in their ‘goals against’ tally amounting to 4 from their past 6 outings combined. In that time, the number of goals that they have scored themselves amounts to 8. That kind of trend might not follow through into this next game, though.

Inspecting their most recent head-to-head meetings stretching back to 01/01/2007 shows us that Carlisle United have won 3 of these games and Bradford City 2, with the number of drawn results standing at 1.

A combined sum of 11 goals were yielded between them during those clashes, with 4 of them for The Cumbrians and 7 created by The Bantams. That’s an average goals per game figure of 1.83.

The previous league meeting featuring these clubs was League Two match day 16 on 05/12/2020 when the final score was Bradford City 0-1 Carlisle United.

Carlisle United manager Chris Beech has a full complement, with no fitness worries to speak of coming into this clash thanks to a completely healthy group available to select from.

Due to a fully healthy group to pick from, Bradford City boss Conor Sellars does not have any fitness worries to report ahead of this clash.