By Chepkesio (self media writer) | 1 year ago

Portadown will be looking to improve on their last outing here following a 4-1 Premiership loss in their previous game against Glenavon.

The Ports have been conceding pretty frequently recently, although they’ve also found ways to score goals themselves. Looking at their last 6 games, The Ports have been punished defensively in 5 of them in addition to getting on the scoresheet in 6 of those games.

After being defeated in their last game at the hands of Ballymena United in Premiership competition, Carrick Rangers and their travelling fans will hope for a better result here.

It has become apparent that Carrick Rangers have been starved of goals over their last six games, netting the disappointing return of only 3. In those fixtures, The Gers have also seen the collective goal tally against them equal 12. We shall soon find out if that trend will end up being continued on into this next match.

A look at their prior head-to-head clashes stretching back to 18/03/2017 tells us that Portadown have won 2 of these & Carrick Rangers 4, with the number of draws being 0.

There were also plenty of goals scored in those games, 25 in total at an average of 4.17 goals per meeting.

The last league clash between these sides was Premiership match day 30 on 10/04/2021 which ended up with the score at Portadown 2-0 Carrick Rangers.

The match was refereed by Chris Morrison.

Portadown manager Matthew Tipton has a full complement, with no fitness concerns at all before this game with a completely healthy group available to select from.

With a fully healthy squad ready to go, Carrick Rangers manager Niall Currie has no fitness worries whatsoever ahead of this game. 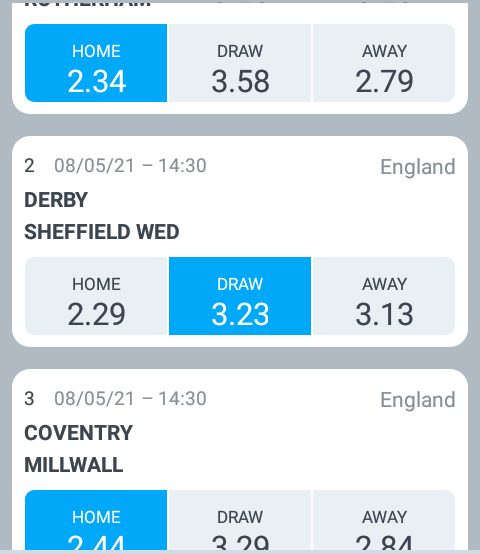 Our feeling is that Carrick Rangers and Portadown are both more than capable of scoring here.

Let’s see how it plays out, but we expect to see goals and there is to be a real possibility it will end up level. We therefore think that it’s going to be a very competitive game with a 2-2 score draw at the end of this one.