Everton will be hoping to return to winning ways here following a 1-4 Premier League loss in their previous game against Liverpool.

It’s been seldom in recent games that Everton have kept a clean sheet. The facts show that Everton have been scored against in 5 of their previous 6 games, letting in 15 goals along the way. Despite that, we’ll just have to find out if the trend might be replicated here in this match.

After suffering a loss in their previous game against Manchester United in Premier League action, Arsenal will be hoping to turn things around here.

In that match, Arsenal had 55% possession and 17 attempts on goal with 8 on target. For Arsenal, the scorers were Emile Smith Rowe (13') and Martin Ødegaard (54'). On the other side, Manchester United had 14 attempts at goal with 10 on target. Bruno Fernandes (44') and Cristiano Ronaldo (52', 70') scored for Manchester United.

A tendency of at least one team not managing to score in games featuring Arsenal has been evident in recent matches. Examining their last six games reveals that this has occurred 5 times. During those clashes, opposing sides have hit a goal total of 7 while Arsenal have scored 9.

Ahead of this meeting, Arsenal have not registered a win against Everton in away games against them for the last 3 league matches. 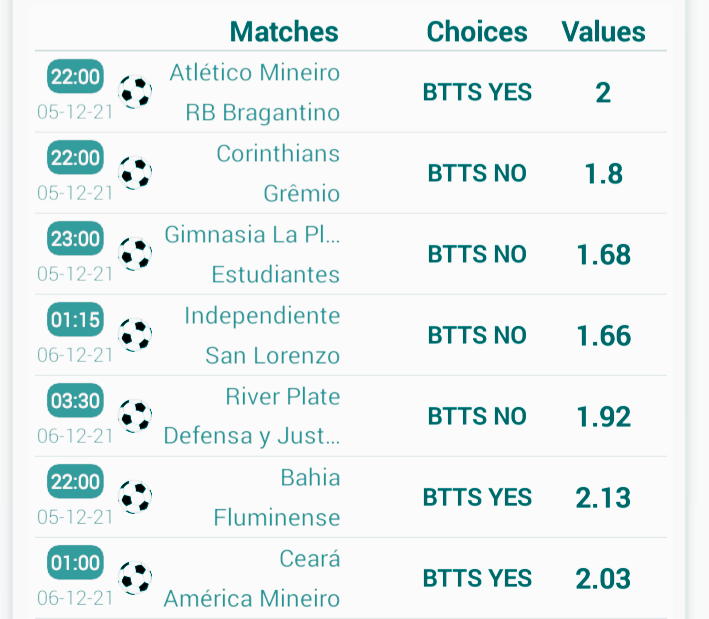 Getafe will be looking for a repeat result of the 1-5 Copa del Rey victory over Mollerussa.

Their latest results really do illustrate the point that huge efforts have been put in by the Getafe rearguard. Getafe have been miserly, seeing the tally of goals that have gone in at their end over the course of their past 6 outings standing at 4.

Following on from being beaten in their last game against Real Madrid in La Liga competition, Athletic Bilbao and their travelling supporters will be hoping that they can get a better result in this one.

Empoli enter this fixture after a 2-2 Serie A drawn result vs Torino.

In that match, Empoli managed 59% possession and 15 attempts at goal with 5 of them on target. For Empoli, the goalscorers were Simone Romagnoli (34') and Andrea La Mantia (72'). Torino got 10 attempts on goal with 3 of them on target. Tommaso Pobega (10') and Marko Pjaca (15') scored for Torino.

At least three goals per game were seen in 5 of the past 6 meetings where Empoli have been involved. Their opponents scored 10 times in this period whereas Empoli managed a tally of 9. That pattern won’t necessarily follow through into this game, of course.

Ahead of this clash, Empoli are unbeaten in their last 2 league matches at home.

In their previous game, Udinese drew 4-4 in the Serie A match with Lazio.

The stats don’t lie, and Udinese have been scored against in 5 of their last 6 matches, seeing opposing sides hit 11 goals overall. At the back, Udinese can certainly do much better.

Heading into this contest, Udinese haven't beaten Empoli in games played away from home for the previous 3 matches in the league.

Judges To Make Their Final Verdict After Three Days Of BBI Hearing.