Montana and Botev Vratsa go head to head in a Bulgaria First League match. The last meeting ended in a Botev Vratsa 2-0 win.Both sides have met seven times in the most recent seasons. Montana has won 2 matches, and Botev Vratsa triumphed in 3.Montana's latest fixture against Botev Plovdiv ended in an away 1-1 draw. Botev Vratsa's recent game against Tsarsko selo ended in a home 0-3 loss.

Prediction double chance in this match.

Annecy and Laval go head to head in a France National match. The last meeting ended in a Laval 2-1 win.Both sides have met one time in the most recent seasons. Annecy has won 0 matches, and Laval won in 1.Annecy's latest fixture against Créteil ended in an away 4-1 loss. Laval's recent game against Quevilly Rouen ended in a home 1-2 loss.

Prediction Annecy or draw in this match.

Prediction home team to win in this match. 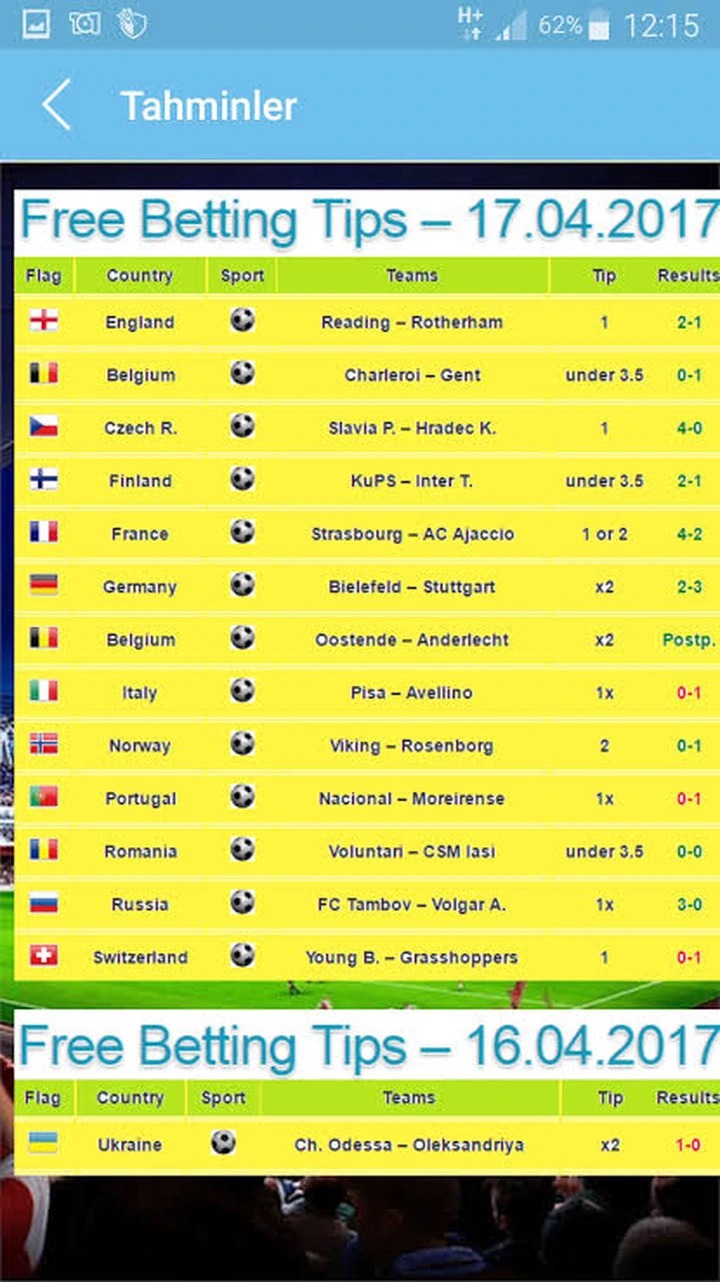