3 Matches with odd of 6 to win this Tuesday Night

By Nissom (self media writer) | 8 months ago

These five matches, will make you smile all the way to the bank. 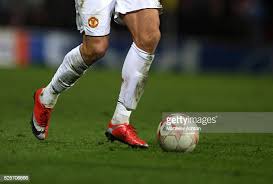 This is Saudia Arabia league match that will be played at 9 pm. Al Wehda is the home team here with 31 Points after playing 28 games, it has lost 3 games over the last 5 matches it has played while winning one and drawing one. While, Al Nassr is in position 5 with 45 points, having a game at hand compared with the teams above it, For the last five fixtures Al Nassr has won 4 and lost one. Head to head matches against this opponents Al Nassr has won 3 and lost two. Prediction Away team to Win.

This an English National league match. for the last five fixtures King's Lynn has lost all, while, Solihull Moors for same fixtures has won all the five matches. King's Lynn is in position 21 having played 40 games with 29 points. on the other hand Solihull Moors is in position 11 with 60 points having played 40 games. hence going with the current form Away team will win.

This is Iceland league game that will be played at 10:15 pm. Vikingur is in position 3 with 13 points having played 5 games. hence it has won 4 games and drawn one. while Fylkir is position 5 having played 5 matches. Won one match, drawn two and lost 2. Going by the current form, Home team will win.

Content created and supplied by: Nissom (via Opera News )