By Nyanchirinewsupdates (self media writer) | 1 month ago

Ituano SP have a good record of five undefeated games of their last six home encounters in Serie B.Under 2.5 goals have been scored in Ituano SP's last three matches in Serie B .

Criciuma have achieved just one win in their seven most recent away games in Serie B.﻿In Criciuma's last three Serie B matches, there have been under 2.5 goals﻿. 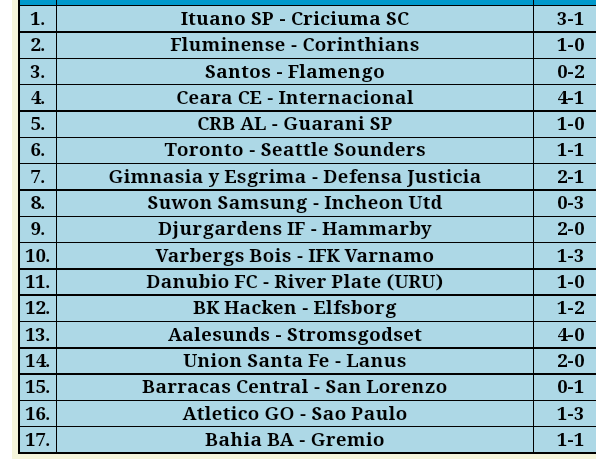 Bahia's last five Serie B matches, there have been under 2.5 goals.Bahia conceded an average of 0.50 goals in their home matches in Serie B.

A period of nine straight games without a defeat marks the Serie B campaign of Gremio.In their last thirteen games in Serie B, Gremio have recorded twelve undefeated encounters.

The team of Gremio have recorded five draws in a row in their most recent away Serie B matchesrsoDS B.

If you have good analysis too predict under comment section.

All the best readers.

Opinion: How United 'May Line-up Vs Liverpool With Injuries In Erik ten Hag Squad'