Best Matches Analysis With More Than 200 Odds And Under 4.5 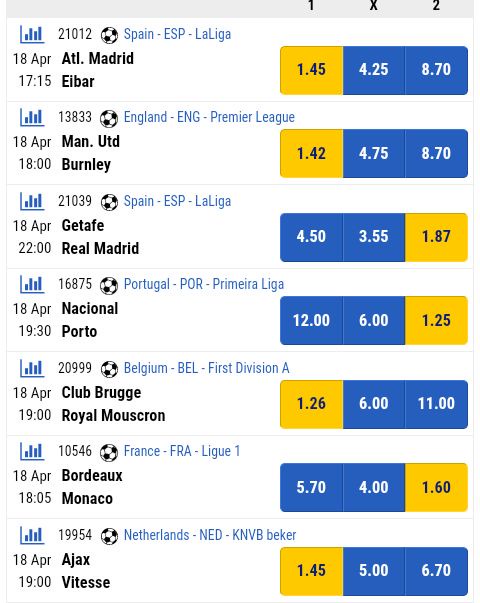 Nacional welcoming Porto in the game. Porto has played well in this season both in Champion league and primera Liga. Porto was kicked out by Chelsea team out of champions league. Chelsea won home away against porto. Chelsea won 2-0 against Porto while at Stanford bridge home ground of Chelsea. Nacional has 12.00 odds while Porto has 1.25 odds in the game. Getafe verses Real Madrid. My prediction Real Madrid to win the game. Share and comment your opinion on comment section below.