Newcastle United will be hoping for a better result after the 2-0 Premier League loss in their previous game against Arsenal.

In that game, Newcastle United managed 34% possession and 9 attempts on goal with 5 of them on target. Arsenal got 23 shots at goal with 6 on target. Bukayo Saka (56') and Gabriel Martinelli (66') scored for Arsenal.

Matches with Newcastle United have tended to be entertaining ones lately with a lot of goalmouth action being a real hallmark. Over their past half dozen clashes, the sum total of 20 goals have flown in for both teams combined (at an average of 3.33 goals per game) with 7 of them belonging to Newcastle United. We will have to see if that trend can be continued on into this next match.

In their last fixture, Norwich City drew 0-0 in the Premier League match with Wolverhampton Wanderers.

In that match, Norwich City managed 44% possession and 14 shots on goal with 4 of them on target. Wolverhampton Wanderers got 5 attempts at goal with 2 on target.

Dean Smith's Norwich City have slotted home 5 times in the course of their latest six matches. The overall goals that they have conceded during that period adds up to 11. 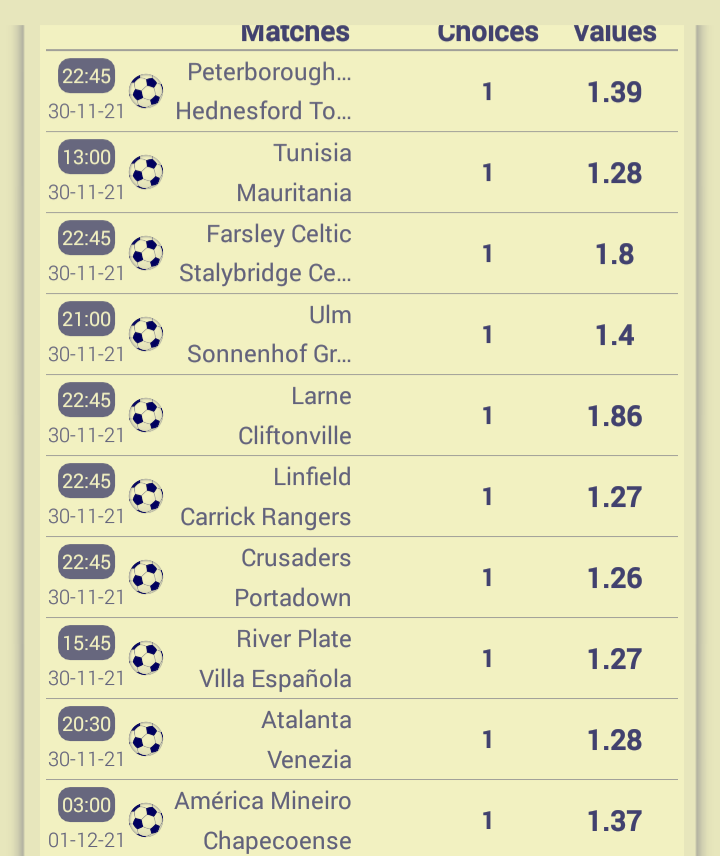 Leeds United will play in this game after a 0-0 Premier League drawn game against Brighton & Hove Albion.

It’s not been often in recent games that Leeds United have managed to hold out for a full 90 minutes. In fact, Leeds United have seen their defence breached in 5 of their previous 6 clashes, letting in 7 goals during that time. We shall soon find out whether or not that trend can be sustained in this game.

Since suffering a loss in their previous game against Aston Villa in Premier League competition, Crystal Palace and their travelling fans will hope for a better result here.

Atalanta will be looking for a repeat result of a 0-1 Serie A victory over Juventus.

Atalanta have been on a persistent run of goalscoring form, hitting the target every time they’ve gone out to play in their last 6 matches.

They’ve managed to rack up 15 during that time while also conceding a total of 10.

After a losing effort in their last game against Inter Milan in Serie A competition, Venezia and their travelling fans will hope for a better result here.

In that game, Venezia managed 44% possession and 6 attempts at goal with 1 of them on target. Inter Milan got 27 attempts on goal with 11 on target. Hakan Çalhanoğlu (34') and Lautaro Martínez (96') scored for Inter Milan.

Paolo Zanetti's Venezia have seen their goal attempts be successful 6 times throughout their previous six matches. The overall goals that have been scored against them during those same clashes equals 9.

Going into this encounter, Venezia are undefeated in their previous 2 league matches away from home.