Real Madrid will be hoping for a repeat of their last result, following a 2-1 La Liga victory over Sevilla.

In that match, Real Madrid managed 53% possession and 14 shots on goal with 4 on target. For Real Madrid, the goalscorers were Karim Benzema (32') and Vinicius Júnior (87'). At the other end, Sevilla FC got 11 shots at goal with 6 on target. Rafa Mir (12') was the scorer for Sevilla.

At least three goals per match were seen in 6 of the last 6 fixtures where Real Madrid have participated. Opposition teams scored 5 times in these games whereas Real Madrid totted up 15. We shall soon see if that trend will be sustained in this game.

Ahead of this meeting, Real Madrid are unbeaten in the league by Athletic Bilbao in their last 12 matches. A decent run, indeed.

Looking at their form, and Athletic Bilbao have been scored against in 5 of their last 6 games, seeing opposing sides hit 6 goals in all. At the back, Athletic Bilbao just haven’t been too solid at all. 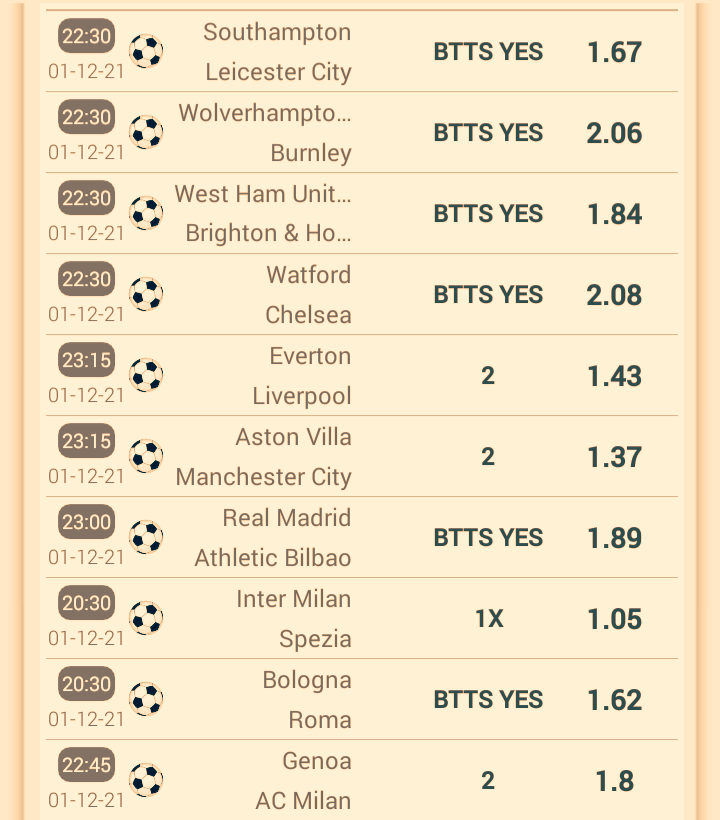 Bologna will want to continue from where they left off last time out with the 0-1 Serie A triumph versus Spezia.

Siniša Mihajlović's Bologna have hit the back of the net 7 times in their last six outings. Conversely, the number of goals that have been scored against them in that same time is 9.

Ahead of this meeting, Bologna have left without a victory over Roma in their previous 2 league matches.

Roma head into the match following on from a 1-0 Serie A win in the defeat of Torino in their previous fixture.

In their last 6 outings, Roma have amassed the sum of 12 goals. Roma have additionally got on the scoresheet on each one of those occasions. In that time, they have had 7 goals scored by their opponents.

Coming into this fixture, Roma haven't been beaten by Bologna when they have played them away from home in the previous 2 matches in the league

Inter Milan will want to continue from where they left off last time out with the 0-2 Serie A triumph against Venezia.

Their most recent results highlight the fact that not much more can be done by the Inter Milan rearguard. Inter Milan have kept it tight, resulting in the tally of goals that have gone past their goalkeeper during their last six clashes standing at 4. That sort of trend might not be carried forward into this next game, however.

Ahead of this clash, Inter Milan haven't been defeated in their previous 23 home league matches. What a fantastic run.

Following on from tasting defeat last time out to Bologna in Serie A competition, Spezia will be aiming to make amends here.

The numbers tell their own story, and Spezia have been scored against in 5 of their last 6 games, with opponents netting 12 goals in all. At the back, Spezia have clearly had some problems.

Ahead of this clash, Spezia haven’t won away from home in the past 4 matches in the league.

Why do Chinese prefer using chopsticks?