Thursday's Sure-Bets With Classic Odds And BTTS To Bank On

Rangers opened up their Europa League campaign with a 2-0 defeat at home to Lyon and now face a tricky trip to Sparta Prague as they seek their first points.

Sparta played out a goalless draw at Brondby in their Europa League opener, and with Lyon seemingly looking well placed to go on and take one of the top two places in Group A this looks like a game where both the hosts and Rangers will feel they need a result.

The Ibrox outfit have managed back-to-back wins to nil going into Thursday’s trip to Prague but they are yet to win on the road in Europe this season. Rangers lost 2-1 at Malmo in Champions League qualifying and were held to a 0-0 draw at Alashkert in Europa League qualifying, despite playing the majority of the game in Armenia against 10-men.

The hosts have won four matches,lost once with three matches concluding in draws.The goal difference is 23-11 in favour of the hosts. 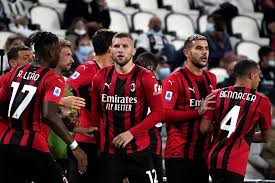