By BenticthePundit (self media writer) | 13 days ago

With group-leaders Belgium disappearing into the distance and Belarus and Estonia sinking into the ether that leaves Czech Republic and Wales to battle it out for the runners-up spot in Group E, making this one of the most crucial games of the year for both sides.

Unfortunately for Wales, they will have to navigate their trip to Prague without star-player Gareth Bale and that could prove to be their undoing in a difficult clash.

Czech Republic may have only won two of their last seven games but at home they are unbeaten in six and have conceded just three goals in the process, including limiting Belgium to just a single goal in March.

Wales aren’t the greatest side going forward even with Gareth Bale and have failed to score in six of their last nine. The result being plenty of low-scoring games, with eight of their last 11 matches going under 2.5 goals.

The hosts have won five matches,lost two matches with three matches concluding in draws.The goal difference is 24-18 in favour of the hosts. 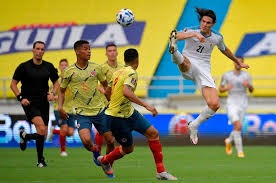