The Gunners have been a sight to watch once they overcame their struggles at the initial stage of the season. After consecutive losses they went on berserk mode, and registered win after win, and this resulted in them climbing to the fifth position in the table.

And now they have an opportunity to climb further high, especially with the fourth-placed West Ham taking on toppers Chelsea.

Meanwhile, Everton have been one of the worst this season in the PL, and particularly in the recent weeks they have been going through a losing streak.

Empoli have played much better away travels than on the home patch so far in the season.

They thus won only two and lost five of eight home fixtures this term. The team favor attacking-minded football under Aurelio Andreazzolli.

Each of the last five games they played saw goals scored at both ends. Empoli conceded two early goals on Thursday away at Torino but found a way to claw back into the contest and eventually earn a big point against ten-man opposition.

Udinese, on the other side, had to score the 99th-minute equalizer to rescue a point in Rome despite having a two-goal lead on multiple occasions against Lazio.

Aldosivi is just 2 points less than the Argentinos Juniors who stands at the 19th position on the table. The home team lost the last match and sees the upcoming opportunity as a way of climbing to the top of the table. Meanwhile, the visitors seeks to extend their lead in the next game as they take a road trip to Estadio Jose María Minnelli.

Both Sao Paulo and Juventude have improved their defensive displays of late. Knowing how important this clash is for both managers, we don’t expect either to take unnecessary risks here. The Under 2.5 goals FT is by far the best betting option for this tie. 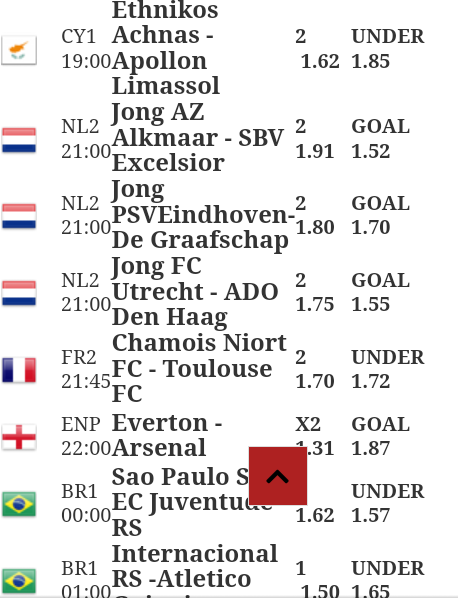