By BensonLugaria | self meida writer
Published 23 days ago - 1 views

Kortrijk will play agains Leuven. Most of the matches have ended with over three goals. They also capable of scoring and the match is not expected to end in a clean sheet. If so,there must be more than one goals and most likely three goals. Over 1.5 is more safe on this game. Leuven are in position nine while the visitors are in position 13. 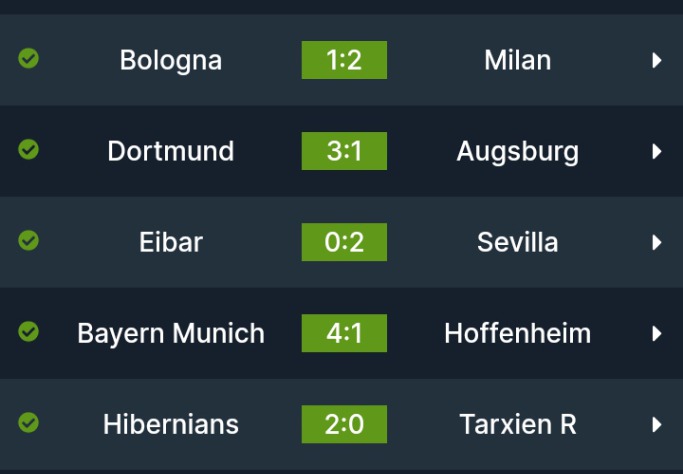 Botev have won four of the last five played games. All the games ended with over three goals and only one ended in a clean-sheet. Their visitors Arda have not won any game in the recently five played matches. Though all ended with both sides scoring a goal. Both teams are in position of scoring in tomorrow's clash. The best prediction for the game is over 1.5 with a correct score of 2-1 for hosting team.

Austria Vienna II will host BW Linz tomorrow night. The two have recently met five times and all meetings ended with over three goals. BW Linz have most of the games and with more than two goals. Tomorrow meeting is predicted to end with over three goals but be sure of winning back your stake,you are advised to play with Over 1.5 total goals.

Lokomotivo Zagreb have won three matches against their hosts Varazdin in the past five. Though they are not in fine form compared to where they have only recorded one win the five played matches. There head to head statistics indicates that each team has been scoring in the previous plays and have experienced over two goals. The match is thus correctly predicted to have over 1.5 total goals.

Arda BW Linz Botev Kortrijk Leuven
Opera News is a free to use platform and the views and opinions expressed herein are solely those of the author and do not represent, reflect or express the views of Opera News. Any/all written content and images displayed are provided by the blogger/author, appear herein as submitted by the blogger/author and are unedited by Opera News. Opera News does not consent to nor does it condone the posting of any content that violates the rights (including the copyrights) of any third party, nor content that may malign, inter alia, any religion, ethnic group, organization, gender, company, or individual. Opera News furthermore does not condone the use of our platform for the purposes encouraging/endorsing hate speech, violation of human rights and/or utterances of a defamatory nature. If the content contained herein violates any of your rights, including those of copyright, and/or violates any the above mentioned factors, you are requested to immediately notify us using via the following email address operanews-external(at)opera.com and/or report the article using the available reporting functionality built into our Platform

Sunday Sure Stake That Will Earn You Good Money 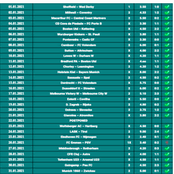 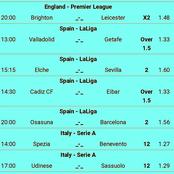 Late Night Matches to Bank On and Win Over 14k 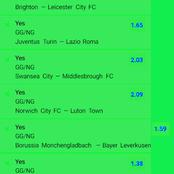 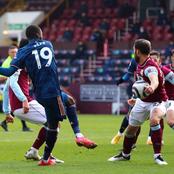 Tonight's Special Tips to Bank on And Win Massively 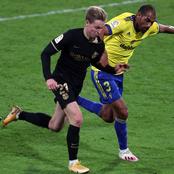 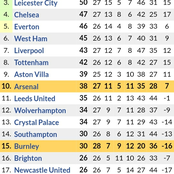 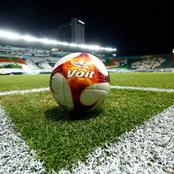 Winning is Set to go through in Tonight Six (6) Football Matches, from These Reliable Source 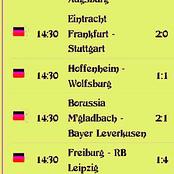 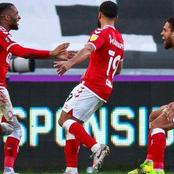 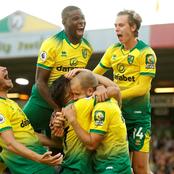