Real Madrid went eight points clear at the top of La Liga at the weekend as their sensational form continued and they can seal top spot in Champions League Group D with a result on Tuesday.

Their 2-0 win at Real Sociedad made it eight wins in a row and 11 games unbeaten and while Karim Benzema was forced off with an injury there is plenty to suggest they could make it nine wins in a row against Inter Milan.

The visiting Milanese side are in excellent form themselves, with a 3-0 win at Roma leaving them just a point off the top of Serie A and extending their unbeaten run to 11 games.

However, I Nerazzurri have struggled against top teams at times this term. They have dropped points against Atalanta, Lazio, Juventus and AC Milan over the last few months, with Napoli being the only side in the Serie A top five to have lost against Inter.

The hosts have won four matches,lost two matches with two draws in the championship.The goal difference is 21-16 in favour of the hosts.

In the last ten matches between themselves,the hosts have won six matches,lost one match with three draws. 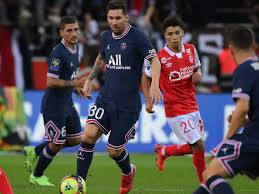 Qualifications To Be A High School Principal

Well Predicted Match To Place On And Earn Big Huge