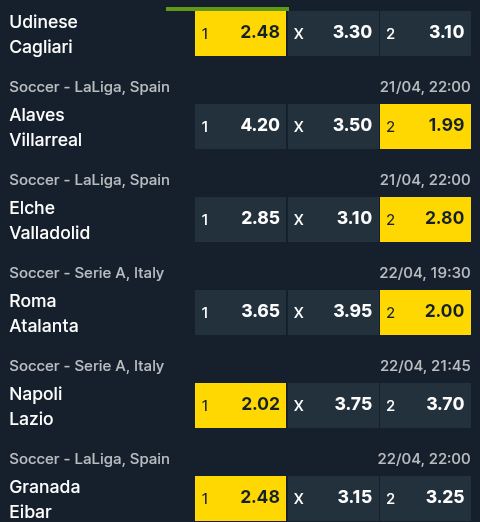 Napoli hosting lazio in the game. Napoli and lazio both have played 36 games in the past. Napoli had won 17 direct matches against Lazio. Lazio has won ten matches out of 36. Lazio and Napoli drawe in only eight matches which had played together. Napoli has played superb well this season and won numerous games against Lazio. Lazio and Napoli both teams all ways score in numerous games they have meet. My prediction Napoli to keep the spirit of winning the games against Lazio . The game will take place on date 22th April at 21.45 hours Tonight. Share and comment your comments on comment section below.

Betis the host of the game hosting Athletic Bilbao. Betis has played superb well in this season.season will end while Betis is among the top ten teams in the game. Athletic Bilbao has also played well and had won numerously against teams which had played against with in this season. Both teams have that great ability to win caps del Rey cup. Betis has good form than athletic Bilbao in previous matches has played together .My opinion Betis to win the game. 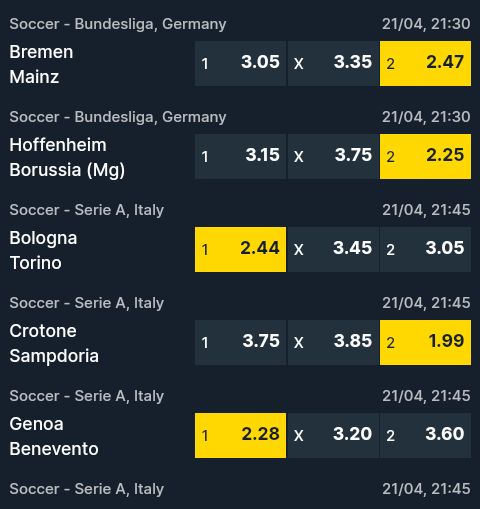 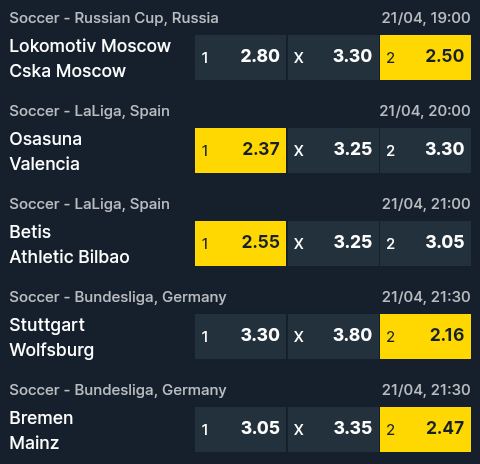