By Rascodailyupdates (self media writer) | 27 days ago

Predictions:: Both teams to score and 2-2 correct Score

Breda have been in absolutely miserable form recently, collecting just two points from a possible 24 and losing four consecutive matches in front of their own supporters. The picture has been a somewhat different one as far as Excelsior are concerned, with their charges recording nine wins in 13 Eerste Divisie fixtures, including four in a row of late.

Predictions: Excelsior to win this match and 1-2 correct Score

Den Bosch may have scored at an incredible rate of 3.5 goals per game in the Eerste Divisie so far this season, yet just two of their previous 14 contests have served up four goals or more. Given that Telstar have been involved in 44 consecutive top-flight away matches containing under 3.5 goals, it is hard to see that changing even against such potent opponents. 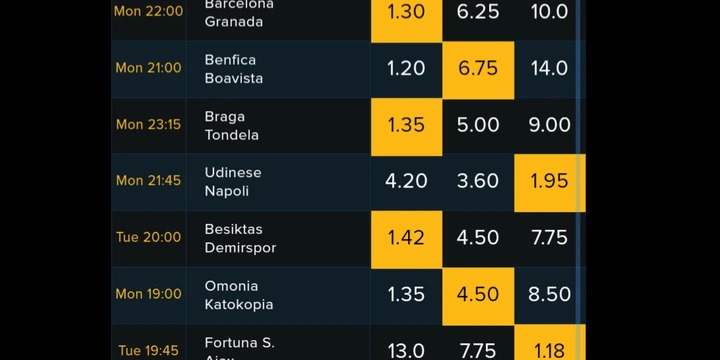