By Jonaobonyo (self meida writer) | 12 days

Follow me on opera news hub and remember to subscribe. Betting can be very addictive but you can as well make good money from betting daily. This can only be achieved, when your limits calculously in staking and possible wins. Don't over imagine things and expect to earn more from many teams in one slip, that will only make you poor.

Below is how I predicted yesterday 2 correct score games and won over 200,000. To get such correct score, multibet and jackpots text on WhatsApp number 0745174517.

To predict such kind of a game and get the correct score, first check the kind of match they are playing. The two teams were playing a promotional match, meaning they all had to work hard in the game to get promoted.

In this kind of a game, mostly they will end in a draw and goal goal is a must as the rate of scoring in promotional matches is high. Since in this league, they surely don't score many goals according to past statistics, I predicted the match to end 1-1 and the result was Padova 1-1 Avellino, meaning it won. 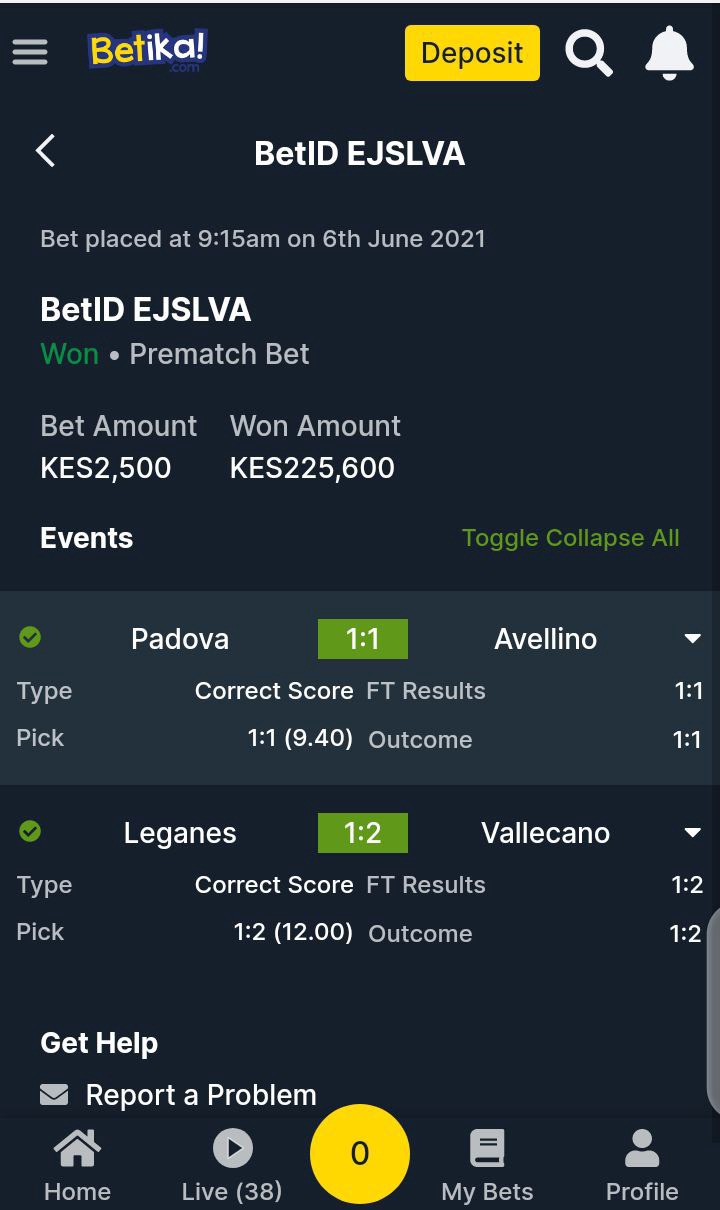 In their first leg meeting, Vallecano looked amazing in performance and won 3-0. Yesterday's game also was to be easy to Vallecano according to stats. I predidect the match to end 1-2 and the result was: Leganes 1-2 Vallecano.

Lukaku: Drogba Helped Me Build My Football Career While In Chelsea

Can Arsenal Challenge For The EPL Title Next Season With This Lineup?