Captain Otoyo Posts Prices of Cars in Early 1960s, Blames Dad for Not Buying A Car at Cheap Prices

By amadijustus (self meida writer) | 9 days

Veteran comedian Captain Otoyo has today wowed his fans after he posted a photo indicating the prices of motor vehicles in Kenya during early 1960s. This was around the year when Kenya got its independence in 1964. 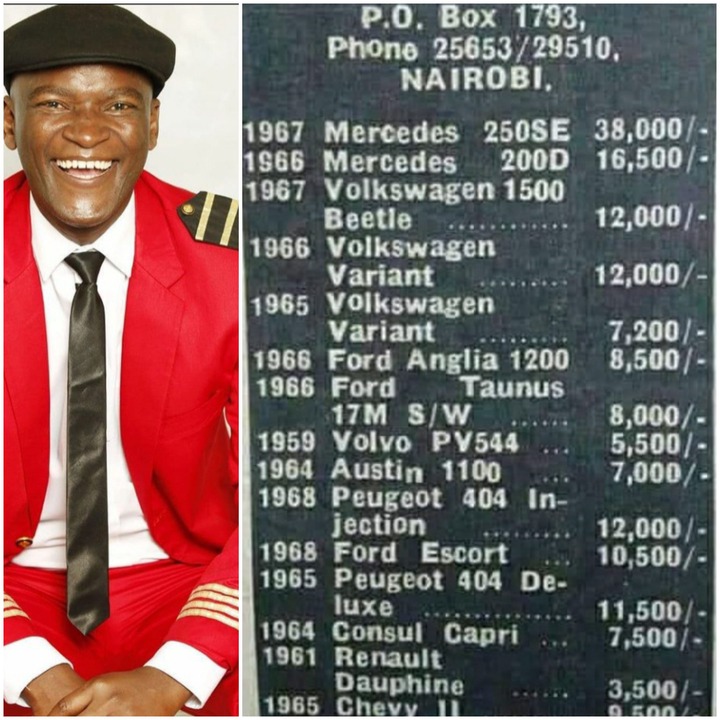 According to the photo which is alleged to have originated from Twiga Motors, motor vehicles were very cheap those days as compared to their prices currently. In the photo, the most expensive car was Mercedes 250SE which was worth Sh 38,000 in 1967 while the cheapest car was Renault Dauphine which was worth Sh 3,500 in the year 1961. 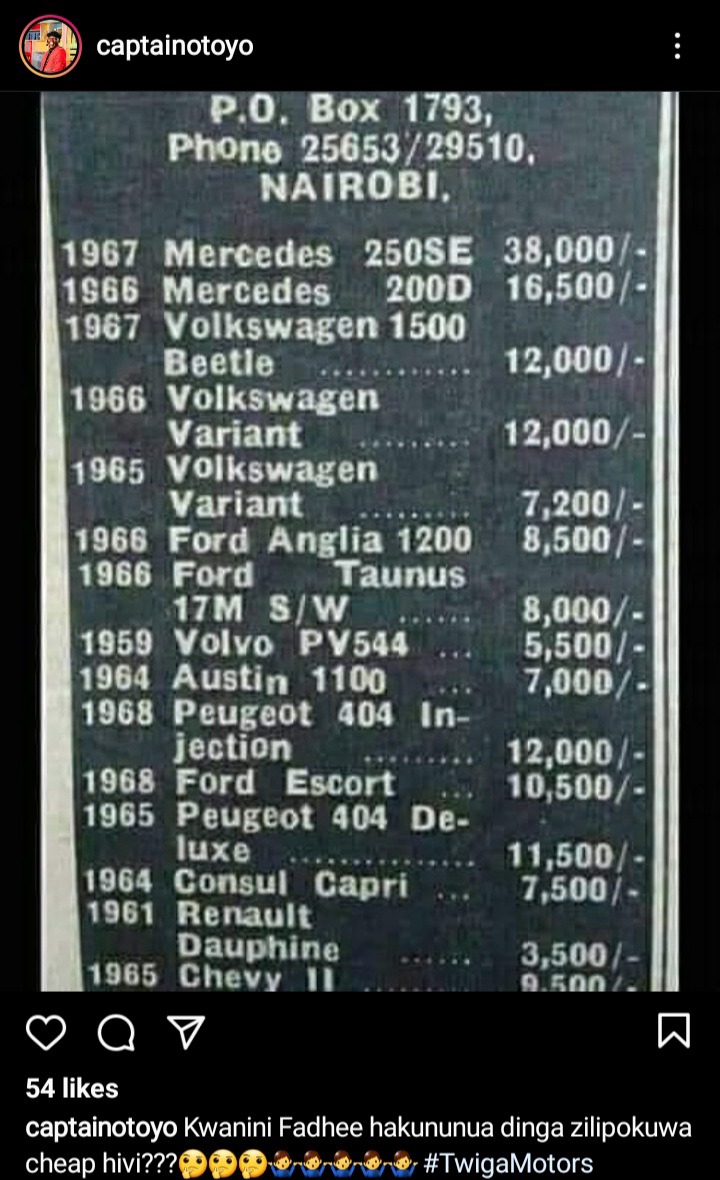 Captain Otoyo posted the photo on his Instagram page, sparking mixed reactions online. The comedian expressed his disappointment in his dad after realising that the vehicles were cheap but his dad could not afford a vehicle in those early days. He captioned the photo, "Kwa nini fadhe hakununua dinga zilipokuwa cheap hivi?🤔🤔🤔🤷‍♀️🤷‍♀️🤷‍♀️." 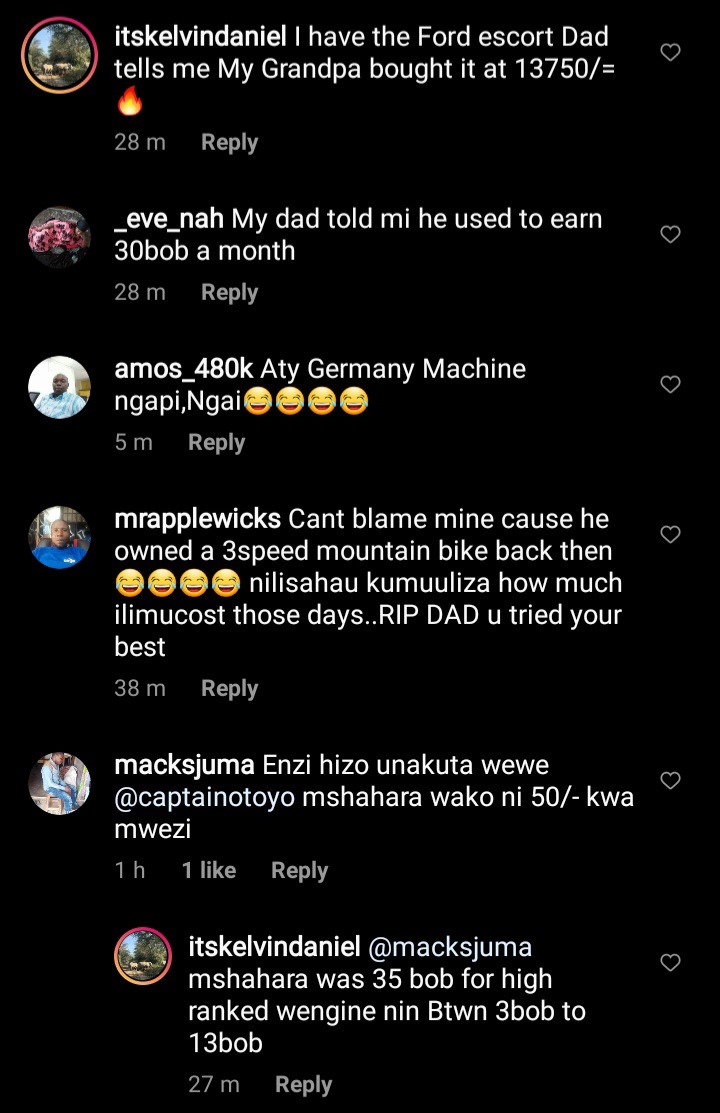 The post elicited mixed reactions from fans who commented that their dad's salaries back then was too low to afford a vehicle. Some of their comments read:

Itskelvindaniel, "I have the Ford Escort dad tells me my grandpa bought it at 13750/=." 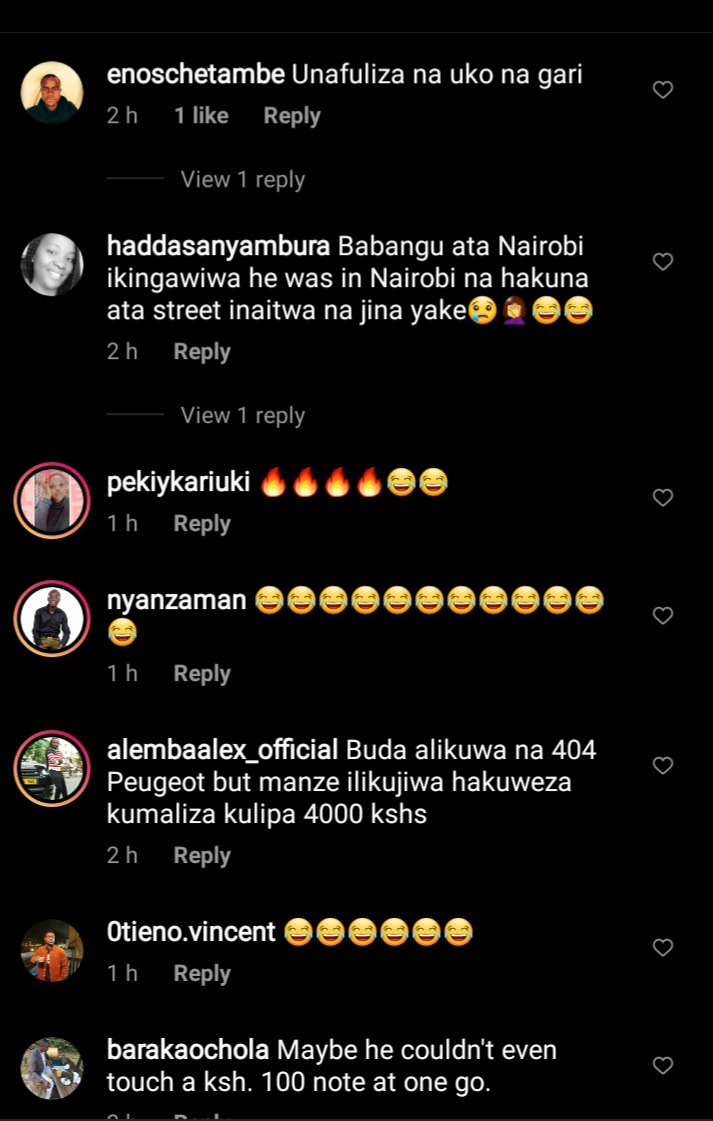