A Crash Course in Different Types of Car Chassis

By Soccer,AthletesNews.com (self media writer) | 15 days ago 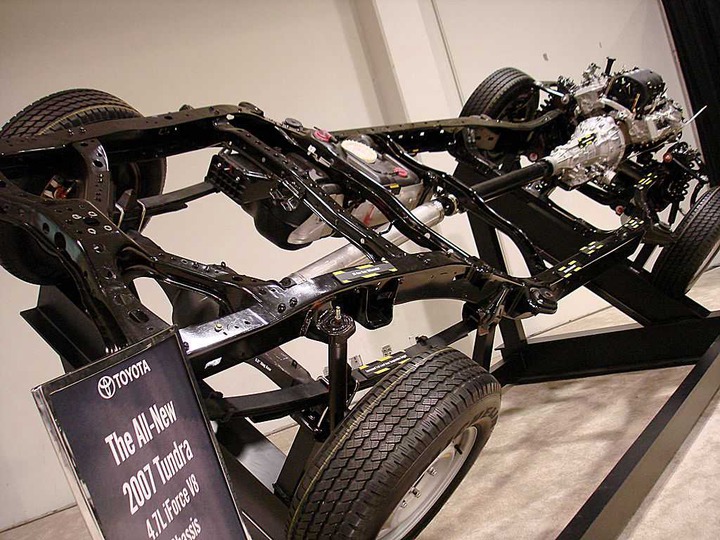 The types of car chassis depend on the types of automobiles that they are designed for. There are quite a few variations that you may not be aware of. Do you know that there is a huge difference in the chassis between an SUV and a convertible?

Let’s discuss different chassis types in detail so you know which one is holding your car together and what their functions are.

What Is a Car Chassis?

A car chassis is the frame of a vehicle. It is typically designed to carry the engine, motor, transmission, suspension, and most structural components. The heavy steel framework is the “foundation” or “skeleton” on which a car’s body is mounted. The body of the vehicle is attached to the chassis after it has been assembled.

Engineers use the chassis as a platform from which they build one or several variants of cars from different automakers.

The Functions of a Car Chassis

The chassis is one of the most important parts of a car, with its function being to provide a framework that supports the body and its components.

They are typically made from a strong metal or a composite material, with either being welded in place in order to form a tubular frame. They also have a lower portion, which consists of a floor pan and is where the engine goes.

The chassis is what holds the brake and steering systems. It also attaches the engine and transmission system. It also forms the foundation for attaching the suspension system and axles. A car’s weight rests on four wheels, which are mounted on either side of the chassis.

A chassis literally takes the load of the car, passengers, and cargo. It also absorbs the stresses every time the car bumps, accelerates, and stops.

Types of Car Chassis In Detail

Trucks, jeeps, and tractors all require different types of car chassis. Let’s take a look at some popular variations you will typically find in vehicles around you:

Body-on-frame chassis is the type of car chassis that has a separate body and frame. The body or coach is set upon a stronger and firmer frame or chassis.

The frame, which acts as an anchor for the engine, wheels, steering system, suspension, brakes, and other mechanical components, is typically made out of either steel or aluminum.

The body and the frame become one unit, giving more strength to the car. The different sections of the frame will be welded together to create one rigid structure. This design is less suited for fuel economy but gives more stiffness and stability. This is why it is used primarily in heavy or rugged vehicles like SUVs or pick-up trucks.

For example, a ladder frame is made by attaching two symmetrical rails running the car’s length. A backbone tube chassis uses one tubular backbone as the pivot of the framework.

Unibody is the most popular of all types of car chassis and most cars these days use this type. A vehicle’s chassis is the undercarriage of a vehicle, consisting of the frame and panels. A unibody car chassis is when these two features are combined into one part, eliminating the need for a separate frame.

The chassis type consists of an assembly of steel sheets that are welded together to form a single load-bearing unit.

The framework has increased in popularity over the last decade because it improves crash protection while reducing weight and increasing fuel efficiency. Also, the design of this type of frame allows for less weight to be placed over the wheels which result in better handling capabilities.

The space frame car chassis is a type of car architecture that uses an open steel lattice structure made of 3D skeletal tube frames. Engineered for extreme endurance, the space frame chassis is a more cost-effective solution for those looking to avoid the costs of a monocoque build.

The chassis is lightweight and rigid, with a structure composed of long steel tubes that are joined together by more steel tubing or flat plates.

The space frame chassis was first used on the Jaguar C-Type racing sports car in 1951 and has been used on cars such as the Audi A8, Ferrari 360, Pontiac Fiero, and more.

Another name in the less-known and less-used types of car chassis is the partial frame chassis. Used with a unibody chassis, its main function is to reinforce or strengthen a particular section of a car's structure.

It also works in spreading the forces from the engine, drive-train, and other moving parts evenly across the frame. The chassis was once a part of passenger car models, including GM vehicles based on F and X platforms, Chevrolet Astro, AMC Pacer, and many more.