8 Of The Coolest Police Cars in The World

By Thenewsupdator (self media writer) | 1 month ago 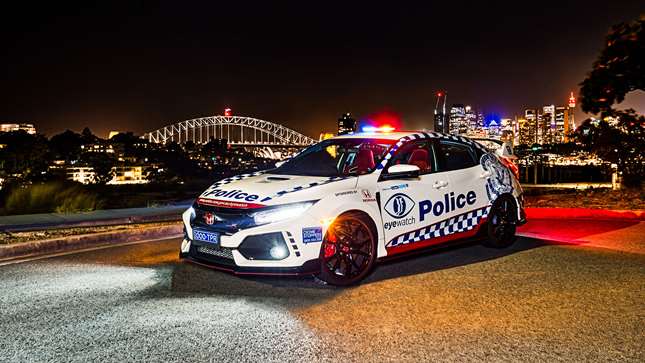 I have searched for the rad police cars from around the globe. Ranging from a family wagon to a limited-production Lebanese sports car to a Brabus tuned Mercedes and came up with these lists of the coolest police cars to ever exist. 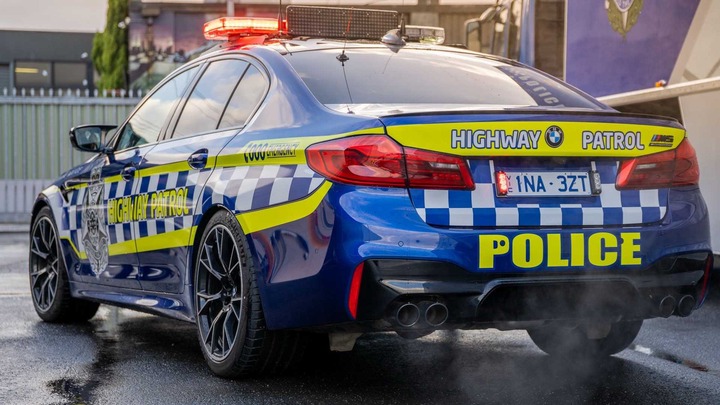 In 2019, the Victoria Police snagged a BMW M5 Competition on a 12-month loan. The M5 Competition relies on a twin-turbo 4.4-liter V-8 paired to an eight-speed automatic that sends power to all four wheels for motivation. This luxury sports sedan, rated at 617 hp and 553 lb-ft of torque, is more than good enough to catch a foolish driver on the highway. It was the fastest police car ever in the Australian Police Force. 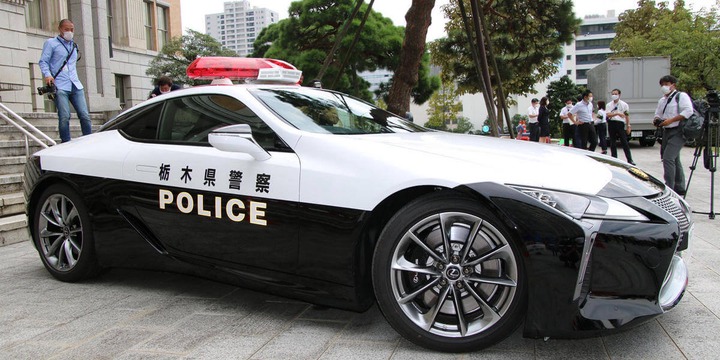 The Tochigi Prefectural Police of eastern Japan already counts the Nissan GT-R as a member of its patrol car lineup. Now, the Japanese police have expanded their fleet to include a gorgeous Lexus LC500 coupe, given as a donation, to serve in the Mobile Traffic Unit. Updated with a black and white color scheme and red emergency lights, the LC500 is sure to get the job done with its naturally aspirated V-8. 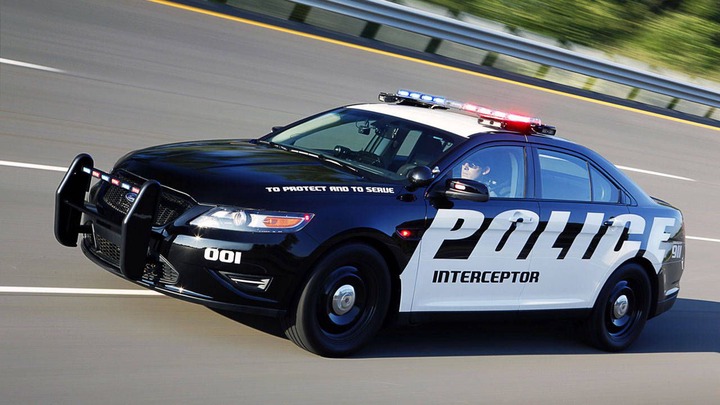 After Ford debuted the second generation police interceptor at the 2019 Detroit Auto Show. The Blue Oval reported that orders came pouring in. Although a gasoline electric hybrid powertrain comes standard, the rear-drive-based SUV's optional twin-turbocharged 3.0-liter "EcoBoost" V-6, which delivers 400 hp and 415-lb-ft of torque, is the real get.

The new generation Police Interceptor is crash rated at 75 mph for rear impact and has 17 color options in addition to Vehicle Special Orders (VSO) colors. It features Side Protection and Cabin Enhancement (SPACE) architecture and structural reinforcement to better protect those within its confines.

This Lamborghini Huracan was assigned to highway patrol duty in Bologna, Italy, back in 2017. Mainly operated for emergency medical transport, the 610-hp Huracán in light blue with Italian flag stripes fit the bill perfectly. 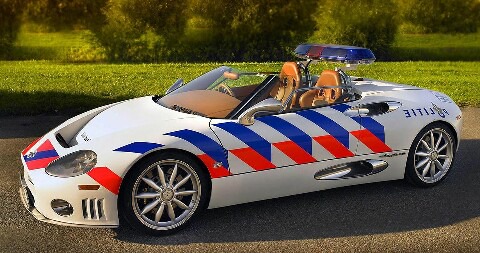 By far the oddest of the bunch is this quirky two-door convertible Spyker C8 Spyder, which is used by the Dutch police. Beneath the hood, an Audi-sourced 4.2-liter V-8 sends power to the rear wheels through a six-speed manual transmission. The hand-built sports car makes 400 hp, has a top speed of 186 miles per hour and can pull off a 0-60-mph run in 4.5 seconds. It also features scissor-style doors. 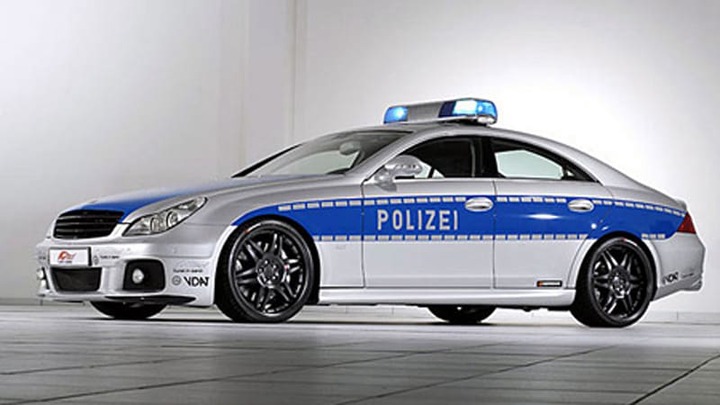 As part of Germany's "Tune It! Safe!" campaign, an initiative that promotes safe tuning, the German Federal Traffic Ministry again teamed up with Brabus on its second project. What came of the collaboration was the Brabus CLS Rocket police car, a modified Mercedes Benz CLS Class fitted with a twin-turbo V-12 producing an impressive 730 hp. The beefed-up CLS-Class in German police livery made its debut at the 2006 Essen Motor Show. This blue and silver beauty did not make it into the fleet for official use but still deserves an honorable mention. 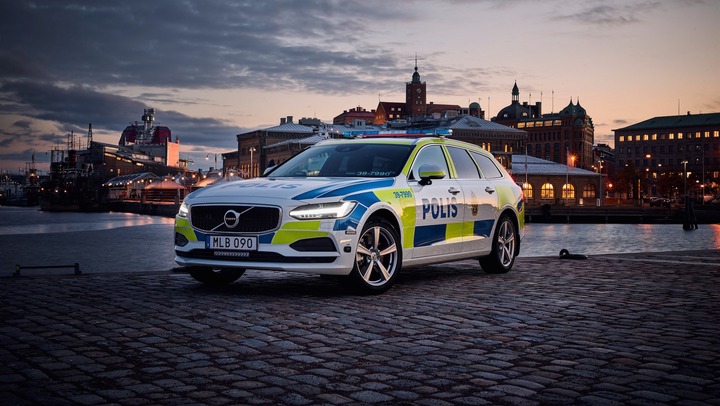 After receiving a high score in a demanding Swedish police car driving test, the Volvo V90 got approval as an emergency vehicle. It achieved a score of 9.2 out of 10, the highest rating by any car tested. The evaluation consists of high-speed emergency driving, an obstacle course, a brake test and evasive action tests—both with and without braking. Besides a high test result, the V90 also needed to meet standards in other areas including comfort, ergonomics and quality. The V90 police cars rolled out in early 2017, and the Swedish police were the first to employ them. 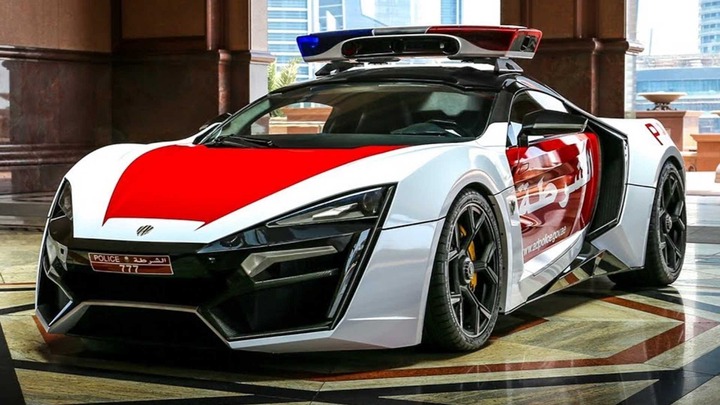 Likely in competition with its UAE neighbors, Abu Dhabi acquired a $3.4 million supercar in mid-2015 to demonstrate that it, too, has high standards for police cars. W Motors, founded in Lebanon, manufactured the limited production Lykan HyperSport from 2013 to 2017. It was the creation of Lebanese and Italian engineers. As for performance, this sports car houses a twin-turbocharged 3.7-liter flat-six. And last but not least, it produces 740 hp and has a 0-62-mph time of 2.8 seconds.