By E.Fandom (self media writer) | 1 month ago

The Toyota harrier has been in the Kenyan market for a long time , especially the 2008 model which comes in a 2400cc engine capacity with a maximum power of 163ps.

Being in the family SUV class , the harrier is well equipped with comfortable seats, a well laid out interior and options such as a sunroof.

The 2014 Toyota harrier which is a redesign comes with a 2000cc engine with a hybrid option of Toyota's hybrid system which is able to give a consumption of upto 20km per litre or 55 miles per gallon. 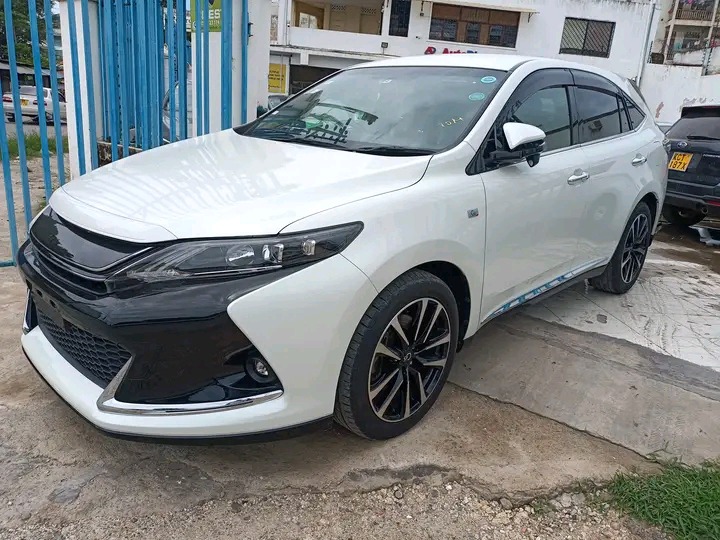 The main issue with the Toyota harrier 2014 is the body to engine ratio with 3439lbs against a 2000cc engine meaning it's underpowered. This makes the 2014 harrier sluggish in terms of performance and off-road capabilities compared to the 2400cc 2008 model and other competitors such as the Mazda CX-5, the nissan X-trail and the Toyota Rav 4.

The ground clearance on the body kitted 2014 harrier, which comes as an option, makes it unfavorable for off-road environments due to the compromised ground clearance. This also increases the risk of damaging the front bumper on a curb while parking.

Being one of the most attractive in its class ,the 2014 Toyota harrier starts at a price of KSH 3.2 million and can go even higher depending on certain specifications such as interior options, hybrid option and little bits and trims.

What are your thoughts on the 2014 Toyota harrier? Make sure to Follow for more detailed reviews.

Content created and supplied by: E.Fandom (via Opera News )

7 Types of People Who Succeed in Life

How to Solve a System of Linear Equations