Signs That Show Your Car Engine is About to Fail

By Newzdoctor (self meida writer) | 1 months 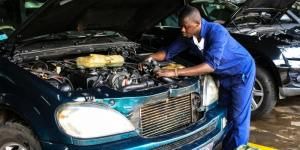 Picture this, you're stuck on the side of the road, smoke billowing out from under the hood, a sign of something being faulty, what could have possibly gone wrong?

There are various issues that could cause your car to fail and potentially lead to engine failure.

Needless to say, those motorists who tend to note the warning signs at an early stage save themselves numerous trips to the mechanic to replace an engine.

Check engine lights come in different colours such as orange, yellow, amber depending on the manufacturer.

Kyalo noted that in most cases, when the check engine light is on, it could signal a minor issue, or if it flashes, it could indicate a dire issue that needs immediate attention.

The expert advised motorists not to ignore the warning signs of the dashboard, be it minor or major.

"Some of the check engine signals are minor cases but try as much as possible to rectify the issue as soon as possible. One way to do this is by taking it to the mechanic in order to ensure the issue is resolved. will tell you how best the issue can be resolved," he stated.

When your car heats too much, it tends to cause other parts to fail. This happens because of a problem with the cooling system that causes the engine to overheat. Causes of overheating could include a faulty waterpump, a faulty electric cooling fan, or a bad thermostat.

In order to avoid this, he advised motorists to check the temperature gauge on the dashboard, check for smoke from under the hood, Further, they ought to listen for an unusual knocking or bumping sound from the engine- this signifies an overheated engine.

Check their car's thermostat by removing the radiator cap and start the ignition key. If the level of coolant in the holder doesn't monitor a drop as the car begins to warm up, there's a significant chance that the thermostat is closed hence leading to the car being overheated.

One of the most common issues with the ignition is when the vehicle suddenly stalls while the engine is operating. This ultimately cuts off power to the ignition and fuel systems which causes the engine to stall.

Kyalo noted that the issue in most cases only needs a quick fix in order to resolve. He, however, pointed out that there could be a major issue hence consulting a reputable mechanic is key in order for him to diagnose the problem and offer the desired solutions.

Motor oil plays a key responsibility in the vehicle's mobility as it lubricates the engine, cools engine parts, keeps the engine clean and prevents deposits from building up.

However, the oil ultimately degrades and for most motorists, they tend to ignore this particular issue by not refueling hence causes a negative effect on their engines.

Kyalo advised motorists to have the oil and filter changed at least once every three months. He noted that changing the oil removes the contaminants along with old oil and filters.

"We find that sometimes we buy the oil which unfortunately has some contaminants. So what I advise is to get oil from the garage as chances to get genuine spare parts are primarily high," he stated.

Kyalo advocated for servicing your car after you buy in order to keep track of the mileage as well as to ensure proper maintenance.

"The first thing that every owner should do be it a new or second-hand car, should be to undertake minimum servicing. This involves changing the air cleaner, oil filter, and the oil itself. It's also vital to check the coolant levels, brake fluid.

"The only time you can avoid doing this is when you get a car from a showroom that has zero mileage," he stated.

He noted that the majority of motorists might not be in a position to perform all the necessary self-servicing options hence he advised motorists to source for a reputable and experienced mechanic.

"When you buy a car and take it to a mechanic with no experience, you will be giving that mechanic an opportunity to experiment with your car at your expense," he stated.

When it comes to buying spare parts, he noted that this is also dependent on the mechanic since most motorists don't know the difference between counterfeit and genuine spare parts.

"I encourage people to join a lot of social media groups where motorists can post their issues and get a reference on where to get good service options and a good mechanic," he stated.

Content created and supplied by: Newzdoctor (via Opera News )

Sonko Ridicules Grand P After He Was Hospitalized With Hip Dislocation

"I am Heartbroken" Brother To Motorbike Rider Shot By Police Writes A Sad Note, Kenyans Console Him

Eric Omondi Causes A Traffic Jam On The Road After He Did This. Video

Silphrosa Demands Back Her 500 Shillings From Her Ex-boyfriend