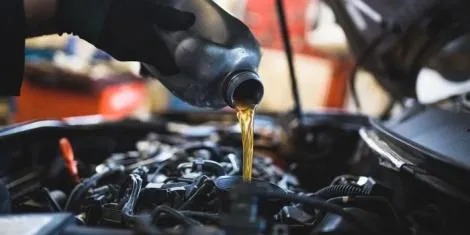 Among the mistakes most vehicle owners make include ignoring these six fluids that are important to the general efficiency of the vehicle.

Here are tips on the essential car fluids and how to they help keep your unit healthy.

Just as the engine is among the most important components of a car, engine fluids are equally important given their role in the efficiency of the engine.

Apart from protecting parts of the engine from damage, they also reduce the friction of the parts that are in constant motion while the engine is on.

Therefore, it is important that a motorist checks the car engine on a regular basis by using the lid to check the levels. To get the correct read on the levels, the readings should be made when the car is on a level surface.

Additionally, car engines should be checked and replaced when the engine is off. In case of changes in colour, motorists are advised to replace the oil.

Despite being considered the easiest car fluid to maintain and change, the windscreen fluid is important as it helps motorist clean their windscreen for clear visibility.

Most motorists refill the windscreen with water which is located in the car bonnet. Most importantly, while doing the refilling, one should avoid overfilling the container.

Nonetheless, it is also important that motorists should check the water level regularly.

Unlike, the windscreen fluid, the brake fluid is often considered as more complex with experts advising that it should be checked and replaced by mechanics.

Brake fluids, usually clear in colour, is important in the overall performance of the vehicle because it it helps in the efficiency of the brake pedal.

Issues regarding the brake fluid will often present themselves by delays in a car braking once the motorist hits the brake pedal. It is recommended that brake fluid should be changed after every two years.

The coolant is a fluid that helps regulate the temperature of the engine. The fluid is important because of the heat that is produced by the engine.

Therefore, car owners should ensure that the coolant is regularly checked and at the required level as it is dangerous to overfill the coolant fluid.

Most importantly, the coolant should be replaced when the engine is off. Additionally, motorists are advised to use a wet cloth to open the lid and move their face away from the lid as hot steam could come from the coolant leading to burns.

Burns from coolant steam are some of the major accidents that result from poor handling of vehicles.

Stiffness in the steering wheel is an indication that the fluid is almost depleted and needs to be refilled. Just like other fluids, motorists should avoid overfilling the container and use the levels indicated.

Also acts as a coolant to some parts of a car and is mostly refilled and maintained by professionals such as mechanics.

Most importantly, motorists should use the fluid recommended by the car manufacturer to prevent malfunctioning or having fluid that does not work.

Things You Should Not Put In Your Living Room.