By TelegraphKenyanews (self meida writer) | 24 days 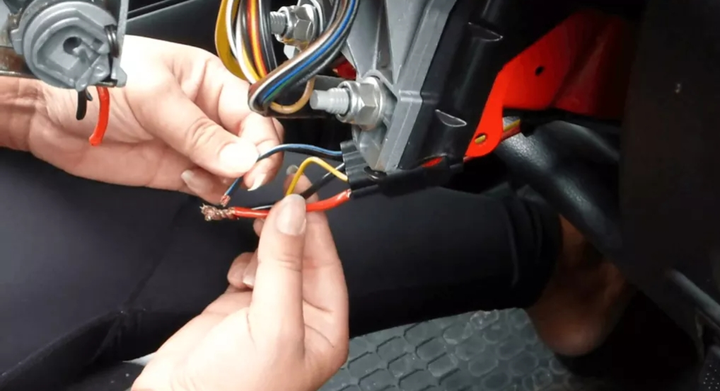 Losing your car key isn’t comfortable but still there is a way to help you drive your car to the garage. It is hotwiring a car.

But it is quite difficult to do if you do not understand your car. So we are here to introduce to you how to hotwire a car even for beginners. But first, let’s find out what is hotwiring a car!

What Is Hot Wiring ?

In general, hot-wiring is the process of turning on the car’s engine without using a key. It is a process to bypass the ignition’s interlock system that is mostly used during the thefts of the vehicle.

However, it is not any compulsion, and a car can still use the hotwire in different circumstances.

There are some methods to hotwire a car.

However, hotwiring is not possible with newer models; only the cars made in the 90s or before can be hotwired. Newer models are made in a way that keeps any attempt of hotwiring at bay unless you know the real tweaks to do with the car. Returning to the point, let’s check out how to hotwire a car.

How Does the Key Work?

To make the engine work properly, you need to put the key into the ignition of your car then turn it. The energy generated from the battery goes to the ignition therefore the motor starts.

The motor is powered so it turns over the engine and starts the car. So when you lose the key and need to hotwire a vehicle, You actually try to generate the electrical circuit yourself without the use of a key.

How To Hotwire A Car: Screwdriver Method

Important Note: Since hotwiring a car is dangerous, we suggest you do it with your car, not someone else’s car. Hotwiring can risk your personal safety and the wellbeing of the vehicle.

There is always a chance of an electrical shock if proper precautions are not taken. So you only hotwire a car in an emergency situation and you should read the hotwire car instructions carefully before doing it.

Always hotwire a car at your own risk, and only if you have the ownership. Make sure you have the manual ready that comes with your vehicle to understand the color coding of the wires.

What you need to hotwire a car without damaging it is:

Now let’s dig into how to hotwire a car step by step!

1. Putting the screwdriver into keyhole

First step of how to hotwire a car is putting the flat head screwdriver into the keyhole of the ignition system. At this step, you may try to turn the screwdriver and see if it can start the car by that way or not.

In some old car models, it’s all what you need to do. It is like hotwire a car without tools. But hot wire a modern car is more difficult to do and you need to apply the following tips.

You need to the flat head screwdriver into the keyhole of the ignition system.

After removing screws, you will see access panels. Pulling the access panels out so you can remove it. Be gentle to minimize damage to the steering column.Now the wires of the ignition system will be revealed.

Removing the screw so you will see the panel.

3. Identifying the battery and starter wires

Reading the manual, you get to know which set of wire works for which section of functioning. Generally, the red wires indicate the battery, but it is not necessary every time, and hence you should be confirmed.

Once you find the battery wires, it is time to cut some part of the insulation or the covering from the end. It is the easiest and fastest way to learn how to hotwire a car fast; read the manual properly though.

4. Cutting off the wires

In this step of how to hotwire a car, you should wear protection as the insulated gloves and use the cutters to cut the power wires from the cylinder.

Now you just take those ends and twist them together with your hands and fingers. If done correctly, the ignition, radio, and lights should all turn on.

Now you need to find the wire which connects to the starter motor and slice a piece of the insulation off from its end too.

Be extremely careful not to touch the exposed ends; they carry a powerful live current. Don’t try to twist the wires together as this is a live wire. Touch them together and as soon as the car has started, pull them apart and tape the end to avoid getting shocked while driving.

Helpful Tip: If your car has only one starter wire, touch it to the exposed part of the connected power wire to start the car.

New cars have complex wheel locks and electronic key systems that are nearly impossible to hotwire a modern car circumvent without tools and in depth knowledge.

Check out the video below to know how to hotwire a car for beginners!

The method mentioned above is one of most popular and easy to hotwire. Meanwhile, there are some other methods to help you hotwire the car.

Use the driller to drill on the keyhole about ⅔ of the way up. By this way, you destroy the lock pins then you can start the car by screwdriver.

As the lock pin has two sections followed by a spring, so drill it more than one, removing the drill every time to let the bits come out.

So now you need to use the screwdriver and turn around like the way you use the key. But keep in mind that just turn it about a quarter to turn the engine over.

Use the driller to drill on the keyhole about ⅔ of the way up.

Important Note: by using a driller, your keyhole will be destroyed so anyone with a screwdriver can steal your car.

Unlike the simple drill and screwdriver trick, this method is more difficult but it will not damage the car wires or keyhole or if you have a modern car, it definitely works. What you need to do is pop the hood and look for the red coil wire.

Then pull out those jumper cables you had handy and connect one end to the positive battery terminal and the other to either the positive side of the coil, or the red wire leading to the coil.

You get it, right? So now the dash and electronics should start. The next step of how to hotwire a car by jumper cables trick is finding the starter solenoid.

Check the car manual or doing some research before to find it since it may locate in different places for each car type. Once you find the starter solenoid, connect it to the positive battery terminal. The car should start, and you’ll be on your way.

What you need to do is pop the hood and look for the red coil wire.

Reminder: As we already mentioned above, do not try it on other cars. You will be charged for criminals as a thief.

There are many other methods too, but for a beginner, the first method is the easiest one. Make sure to take care of your safety while learning how to hotwire a car. Even if you are not going to get into any situation where you would have to bypass the ignition interlock, it is always wise to be an expert on hotwiring.

The method should be used only in case of emergency and not as a regular regime. Have an extra key, so you do not find yourself stuck with those wires and the hotwiring thing.

Ways Of improving Mathematics Performance To Our Students

Remember The Trending Photo of Subaru in Namibia? Reason for it Being in The Country Explained