Opinion: 'The Toyota Fielder' This Is Where Toyota FAILED

By CARNVESATIONS (self media writer) | 2 months ago 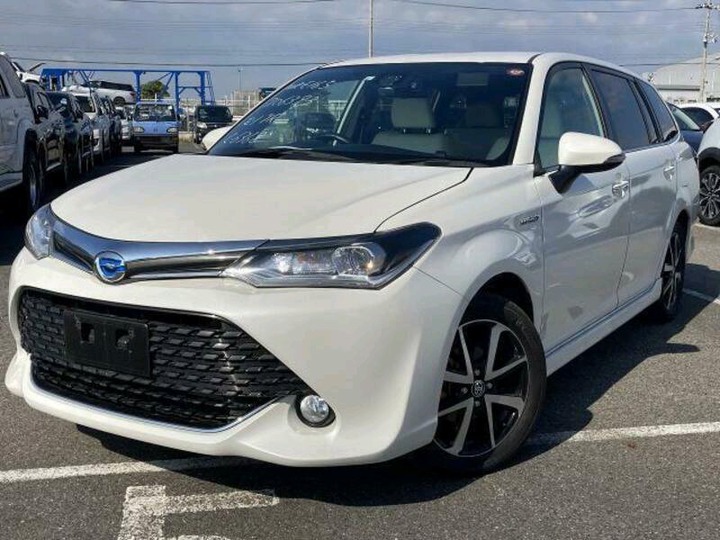 In Kenya, the Fielder Wagon continues to be one of the most popular vehicles, particularly the model from 2008–2009 that completely dominated the local market.

The Fielder, which has been in production since the beginning of 2000, features five seats and engine sizes ranging from 1500cc to 2184cc, with a maximum power of 190ps.

The Toyota Corolla NZE and the Toyota Sienta Wagon both have the dependable 1NZ-FE engine layout with VVTi technology, but the 1500cc variant has been the most popular because of this.

Despite having lower prices than rival models like the Nissan Wingroad, Mazda Familia, and Honda Airwave Wagons, the Fielder nonetheless outsells them all in terms of sales.

The form of Toyota models hasn't changed significantly since each release since 2001, such as the Toyota Probox and succeed, which just got a facelift in 2015. Given that Toyota has a reputation for dependability, customers will continue to purchase from them despite the vehicle's appearance.

This is demonstrated by the 2015 Toyota Fielder, which isn't the most attractive vehicle, especially when compared to the Honda Shuttle, which is its main rival. Given how quickly the market changes, Toyota had the opportunity to make the Fielder both desirable and dependable.

The majority of auto makers have improved their car forms in response to the shift to a younger consumer that places a higher priority on aesthetics than dependability.

For instance, the 2017 Nissan Juke is a significant upgrade over the 2011 model, which was derided as a "joke." If you have enjoyed this post thus far, you might want to continue reading for more in-depth auto evaluations.

Toyota's models have struggled to gain traction in the European and American markets due to its reputation for dependability, which has resulted in the discontinuation of the majority of its models. Toyota still has a chance to make the Fielder as great as the Rav 4, which was dubbed "the SUV of the world" in the early 2000s since it was still being produced.

Content created and supplied by: CARNVESATIONS (via Opera News )