The US president's car better known as “The Beast” has been named the safest car in the world. 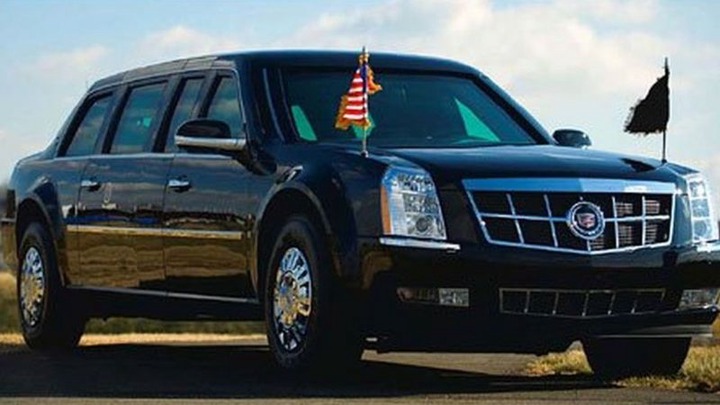 The nearly 9,000 Kilogram Cadillac, which every time the president is on a foreign tour, is flown by Air Force One and operated by a US intelligence service.

What are those features?

In short: This is not an ordinary car. It's a military vehicle!

The vehicle is made of steel mixed with aluminum, titanium and ceramic weighing six inches to prevent any bullets from entering.

The body of the car, which weighs six inches, is capable of withstanding a bomb attack.

The doors of the car, weighing 8 inches. When closed, it is able to protect 100 percent of those in the car in the event of a chemical attack.

The doors can also be turned on to prevent forceful entry.

The car's windows have five layers of glass. This is to prevent bullets.

Only the driver window can open, but only for 3 Inches. 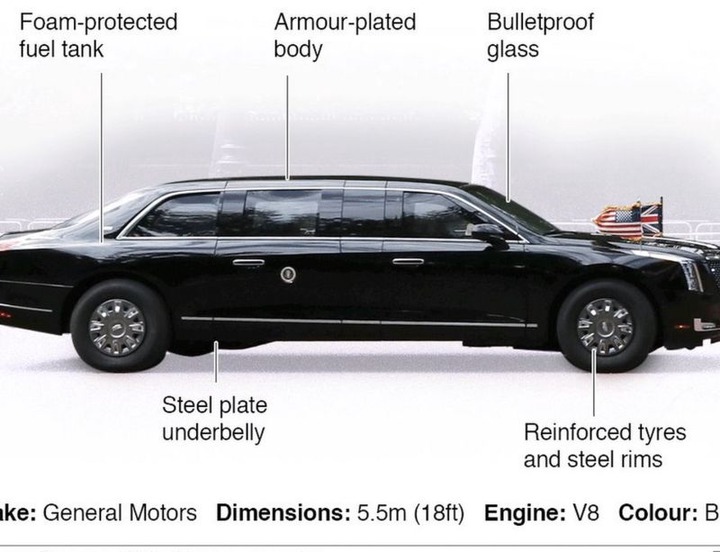 The trunk of the car is made of metal that can protect it from a bomb attack.

Its tires cannot get puncture because it's a metal. This allows the car to continue its journey even if the tires are damaged.

At the rear of the vehicle, the vehicle has the ability to drain oil spills on the road to lose control of vehicles chasing it.

The interior of the car “The Beast” owns a number of self-defense features, including a single item that can withstand a chemical attack according to Reuters.

The back seat of the car is where the president and four other passengers sit. Sealed with glass.

Only the President has the power to lower the glass.

The car also has a panic button as well as an oxygen supply.

The presidential seat in the back of the car owns a satellite phone with direct contact with the nation's vice president and The Pentagon's defense headquarters.

The car's fuel tank is made of galvanized steel that can prevent crashes and is filled with special foam that prevents the car from exploding in case of an accident.

The rear of the car {Boot} has a fire-retardant system, tear gas, and can emit a smoke screen. 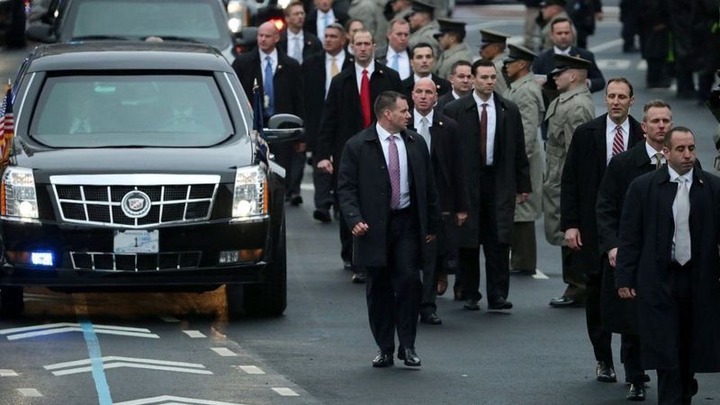 The Beast with tight presidential security

The car also has a driver who has received special training to deal with the dangerous situation and help protect and escape with the president.

The vehicle also owns a shotgun and a tear gas canister.

The president's blood type bags are also inside the car if he needs a blood transfusion.

The driver's front area has a contact center and a GPS tracking system.

There is also a hidden camera that can “see” at night.

Air Force One BBC Kilogram Cadillac The Beast The Best