Opinion: 'The Toyota Fielder' this is where Toyota FAILED

By TheDailyKenya (self media writer) | 1 month ago

The Fielder Wagon remains one of the most common cars in Kenya and especially the 2008-2009 model which hit the Kenyan market by storm.

The Fielder, which has been in production since early 2000 to date comes in engine ranges of 1500cc - 2184cc with a maximum power of 190ps and a seating of five.

The 1500cc option has been the most common for having the reliable 1NZ-FE engine configuration with VVTi technology which is also fitted in cars like the Toyota Corolla NZE and the Toyota Sienta Wagon.

Trampling over competitor models such as the Nissan Wingroad, Mazda familia and Honda airwave wagons, the Fielder still has more sales despite its competitors' cheap price points.

With every release since 2001, there hasn't been much going on with the shape of Toyota models, for example the Toyota Probox and succeed which only received a facelift in 2015 since 2001. This being that Toyota has built a market based on reliability, meaning that people will still buy from them despite the vehicle's appearance.

This is evident with the 2015 Toyota fielder which isn't the most beautiful and especially compared to its closest competition, the Honda shuttle. Toyota had the chance to make the Fielder both appealing and reliable since the market is ever changing. 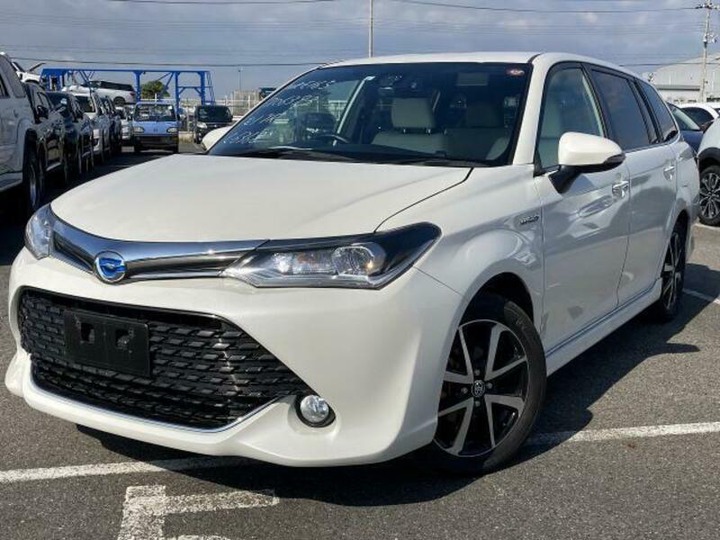 With the transition to a younger market that values appearances more over reliability, most car brands have stepped up with their car shapes, for example the 2017 Nissan Juke which is a great improvement form the 2011 model which was termed as a 'joke'.

If you are enjoying this article so far consider to follow for more detailed car reviews.

With Toyota having a wide market appreciation in Africa based on reliability, it's models have been struggling to penetrate European and American markets leading to a discontinuation of most of its models. Since the Fielder is still in production, Toyota still has a chance to make it like great like the Rav 4 which was termed as ' the SUV of the world' in the early 2000's.

Content created and supplied by: TheDailyKenya (via Opera News )

Chelsea Star Who Gave Maguire A Headache In Yesterday's Match

Today's 5 Crafted Matches To Stake On