By Waiver (self meida writer) | 5 months

Traditional African Communities have significant rites of passage that every person should go through. Among them is circumcision. However, some of them carry it out in the most brutal way in unhealthy environments. 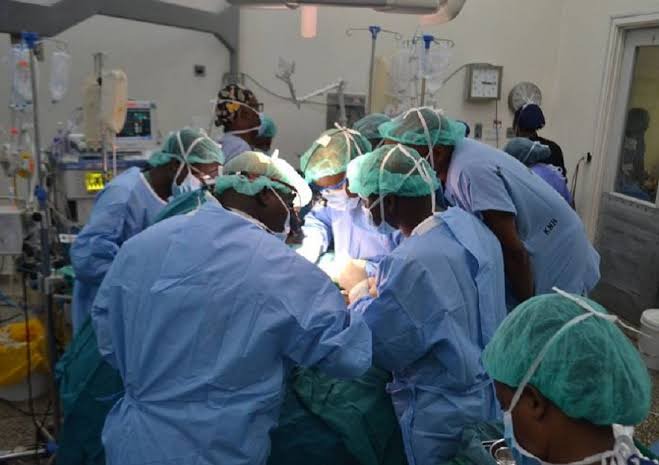 Photo: Doctors trying to save a boy's live whose manhood was chopped off (Previous incident - Courtesy)

A 15-year old boy is in agony after his manhood was chopped off in a botched circumcision. He had to travel for 170km to Moi Teaching and Referral Hospital from West Pokot County in order for him to get urgent medical attention. It was painful owing to the fact that he had hours of travel before getting the emergency medical services.

The incident happened at Priro in Sook Village. At first, he was taken to Sook dispensary but he couldn't be saved due to lack of special medical equipment. He then was rushed to Kapenguria but due to the doctors' ongoing strike, his situation got worse. There was no doctor at sight. 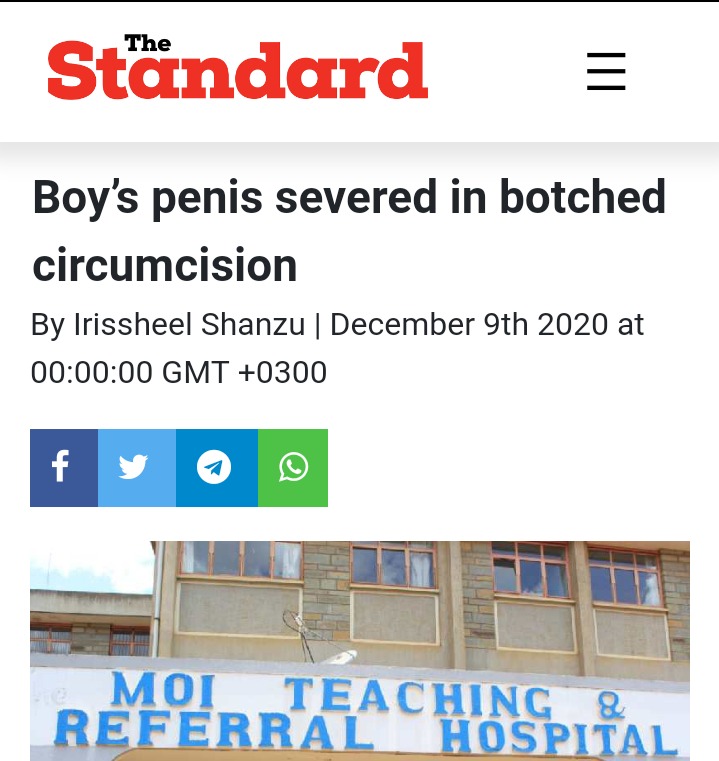 One of his neighbours, Ignatius Poriot, said that he was tensed since the boy was profusely bleeding and he feared that he might have lost his life if he didn't take quick action. He had to call a motorbike rider who helped them make their way to a bust stop before boarding a matatu to Eldoret town, 150 km fom their home.

On arrival, they found the same situation as they did in Kapenguria. He however was immediately admitted with traumatic amputation. The young man was taken to the theatre for a surgery where doctors hope that they'll rejoin the amputated part to the remaining one.

Gov't Should Introduce This Measures to Control Covid-19 Situation in Nairobi, Kericho and Kisumu